sunday life: in which I ruin my relationship prospects

Last week I mentioned I visited a shaman in Bali. The reaction from everyone was, did he dress like Sandy from Monkey (skulls around neck, carrying a staff), and what wisdoms did he impart. To the first, no, he wore shorts and plastic sandals and we sat in his kitchen as kids and cats run amok and his wife cooked curry. 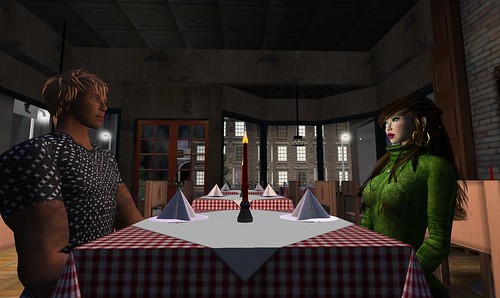 And his profound insight? Oh yes. Well, he told me I don’t much go for relationships. And that I shouldn’t. Go for them, that is. Nor should most women like me. If we want to be happy.

Now this might strike a shard of horror through the spleens of some.  But I’ve had a week to digest and clarify the idea. It opened interesting cans of worms, with myself and with friends, both partnered and otherwise. And I wrangled with whether to explore it as part of this journey to make life better. In the end, I decided I had to.

How long have I known you? On my count (via this column), about 18 weeks. Long enough, I think, to share with you that I do in fact find the institution of The Relationship supremely odd. The formalized, “capital R” Relationship, bound up as it is in rules as to who takes out the garbage, 7.30pm Saturday night dinner bookings and sleeping on the same side of the bed for 45 years, leaves me…robustly reflective, to say the least.

It’s strange, people rarely (if ever) question their pursuit of The Relationship and whether it’s good for them, or makes them happy. It’s just what we humans do. Having a boyfriend/girlfriend/husband/wife is an undisputed endpoint to our existence. Sure, you might not do marriage, and you might be happy to go for periods without partnering. But eventually The Relationship is an arrangement we all feel we should do.

We question other institutions – church, capitalism and corporal punishment. Even marriage. But we continue to flock to The Relationship and its prescribed, one-size-fits-all guidelines, often blindly. And this phenomenon has only intensified in modern times, with the Bridget Joneses and Carrie Bradshaws of the world encouraging us to drop all kinds of bundles (great jobs, travel etc) to chase formalized partnership with a desperation generally reserved for oxygen.

But I have been forced this week to hang out nakedly on a limb and ask, why? Not “why” to love or intimacy. But why to the blinkered imperative. And the rules.

I’ve been in part spurred on by American Idol judge Simon Cowell. The man spurs me on to do many things, most of them involve outrage. But recently he announced he left his longterm partner, not because he didn’t love her, but because he didn’t like being in a relationship. He couldn’t abide the rules, he said.

I know the rules he’s referring to. Take for instance, sleeping together (every night, for 45 years). As my bleary-eyed friend James asked me, “Why aren’t I allowed to sleep in a separate bed to (his fiancé)?” Allowed? I know what he means. It’s the same with holidaying with your partner, eating dinner with your partner. It’s what we do. And if we don’t, boats are rocked.

But findings presented at last month’s British Science Festival (can’t you just imagine the after party!?) concluded it’s unnatural for two people to sleep together (for a host of science-y reasons). It’s a misconception to think otherwise, they said. Prior to the Industrial Revolution we slept separately. But over-crowding forced us into the one bed. A misconception they say? Same with this idea that The Relationship makes us happy. Countless qualitative studies suggest the opposite.

So now I’d like to clarify things, before my mother falls off her stool. While I don’t get relationships, I wholeheartedly embrace the beautiful, life-affirming, art of relating intimately to someone of the opposite sex (in my case).  Mindful relating is a most delicate, elative dance that drags human nature from its selfish tendencies and motivates us to expand and grow as a race. Good relating, when it “clicks” (like an MacBook power cord into its socket), makes my heart soar. It makes sharing this planet with 7 billion heaving, sweating, erratic-lane-changing, change-fumbling-at-the-checkout humans worthwhile. I even get the evolutionary purpose of monogamy.

As the good shaman said, “relationships can block you from truly relating. Do you want to relate or do you want a relationship?” Wise words indeed.

PS. no info sharing, no spam, promise.
You might also like…
sunday life: try a "think week" October 18, 2009 sunday life