If you’ve got auto-immune disease, you probably have some bloody annoying issues with inflammation  – swollen feet or hands, skin breakouts, sore joints etc. I do (see the rest of my rundown on my crazy wrestling with Hashimoto’s here). I put up with it for ages. Actually, I whinged about it. But did nothing. 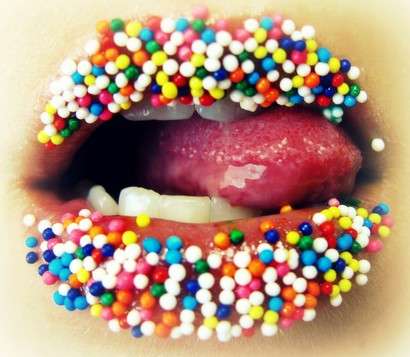 Only recently I’ve realised that I can actually eat my way back from the angry, red, swollen brink. And so it happened – as it does when you start thinking along a certain path – the info I was after jumped out at me. Chelsea Hunter, one of the editors at WellBeing magazine contacted me with the spiel below. She’s kindly let me share her love with all of you.

Food is a joy. Food can heal.

I was reminded of this when I read Sarah’s earlier post about how her body often felt inflamed as a result of Hashimoto’s. Only a few weeks earlier I had read an article written by naturopath Saskia Brown about the foods that can help to ease inflammation in the body – a lovely bit of synchronicity I thought. We both wanted to share Saskia’s wisdom with you. Soo…

There are many foods you can include in your diet to help combat inflammation. Including the right types of fats and carbohydrates in your diet is integral to controlling pain and inflammation. Omega-3 essential fatty acids are very powerful anti-inflammatory agents and are found in large amounts in cold-water oily fish, walnuts, flaxseeds, canola oil and pumpkin seeds.

Most of your carbohydrates should come from whole grains, vegetables and fruits. Whole grains are excellent sources of fibre and a high-fibre diet will help reduce inflammation. The pigments in brightly coloured fruits and vegetables contain many phytochemicals that have anti-inflammatory properties. One example is quercetin, which is found in apple and red onion skins and has strong anti-inflammatory properties.

Umeboshi means “pickled” in Japanese. These highly anti-inflammatory pickled plums have been around for centuries and help to remove acid from your body. Their highly alkalising effect on the body has provided the umeboshi plum with the reputation as “the king of alkaline foods”. It also stimulates digestion, combats fatigue and promotes the elimination of toxins. You only need to eat one a day for its alkalising effect.

Cold-water fish such as sardines, herring, mackerel, tuna and salmon — both fresh and canned — contain the highest amounts of anti-inflammatory omega-3 fatty acids and are packed full of important nutrients such as calcium, phosphorus, iron, potassium, vitamin B6, vitamin D, vitamin E and niacin. Much research has been undertaken on fish oils, which demonstrates the benefit of anti-inflammatory omega-3 fatty acids in the management of many inflammatory conditions, such as asthma, rheumatoid arthritis, Crohn’s disease, ulcerative colitis, psoriasis, lupus erythematosus, multiple sclerosis and migraine headaches. Many of the studies revealed significant benefits, including decreased disease activity and a lowered use of anti-inflammatory drugs.

Olive oil is a great source of oleic acid, another type of anti-inflammatory oil. It is a principal source of dietary fat in the Mediterranean region. Numerous studies have shown that those who consume the traditional Mediterranean diet are at decreased risk of developing heart disease and cancer and live longer. Recent research has also confirmed olive oil’s anti-inflammatory benefits. Use cold-pressed extra-virgin oil, which is the least processed.

Berries are a great food choice to help fight inflammation, especially blueberries, which are packed with anti-inflammatory phytochemicals and antioxidants. Blueberries may also protect the brain from many of the effects of ageing. Chronic inflammation at the cellular level is at the heart of many degenerative age-related diseases. Research on the anti-inflammatory potential of the polyphenols in blueberries has been undertaken by the USDA Human Nutrition Research Center on Ageing. When rats with neuronal lesions were fed a blueberry-supplemented diet, not only did they perform better in cognitive tests, the concentration of several substances in the brain that can trigger an inflammatory response was significantly reduced. The polyphenols in blueberries were shown to inhibit the production of these inflammatory substances.

This spice has been used for centuries in Ayurvedic medicine in India as an anti-inflammatory agent while recent scientific research has also shown that a compound found in turmeric helps a protein known as NFkappaB remain dormant in the body. NFkappaB increases the production of joint-attacking inflammatory proteins and is implicated in joint inflammation associated with arthritis. Including turmeric in your diet can also be useful in treating other inflammatory conditions, such as asthma and inflammatory bowel disease.

There is a growing body of research that suggests cherries could reduce inflammation related to heart disease, diabetes and arthritis. Cherries contain anthocyanins, the same red pigment that is found in berries. Cherry anthocyanins have been shown to reduce pain and inflammation and are particularly useful in the treatment of gout. A study in the April 2006 Journal of Nutrition showed that eating cherries daily can significantly reduce inflammation.

Green tea contains natural anti-inflammatory compounds such as epigallocatechin-3-gallate (EGCG), which has been found to inhibit the expression of a gene known as interleukin-8, a key gene involved in the inflammatory response. EGCG has also been shown to help block bone breakdown in rheumatoid arthritis-affected joints and inhibit production of prostaglandin E2, which causes joint inflammation.

Eating the right foods can go a long way in helping you to reduce inflammation throughout your body and provides a wealth of benefits to your overall health, helping to prevent chronic disease and slow down the ageing process.

*The full article, if you want to read more, is in the latest issue of WellBeing (available from Feb 17).