Sunday life: in which I try a new technique for making good decisions (in love)

This week I try out “satisfycing” for size. 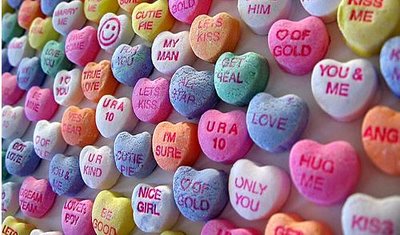 The inspiration for this week’s reflection is the release of Lori Gottlieb’s Marry Him: The Case for Settling for Mr Good Enough, the latest tome to tell women how to score a bloke. Gosh, and there we all were living life according to the 2004 self-help gospel He’s Just Not Into You (the premise: don’t settle for Mr Not Sure Enough).  How wrong can a girl be!

(As a bracketed aside, I wonder if the Mr Not Sure Enoughs can be lured back from the dating scrapheap to become Mr Good Enoughs? They might need to be!)

If you missed Gottlieb’s controversial 2008 article in Atlantic magazine, on which the book is based, her throw-in-the-towel theory is this: women who get to 30 and haven’t found Mr Right should choose a guy who’ll simply “do the job”. Single and now in her 40s, Gottlieb says she wished she’d settled for a “perfectly acceptable but uninspiring” man herself.  How, um, inspiring. Apparently Tobey Maguire thought so; he’s bought the film rights.

Now, I’ll say no more on the topic (if you can’t say something nice and all that jazz). Except to say that this week it inspired me to revisit decision-making. To recap, I’m crap at decisions; I stall at supermarkets trying to work out the best toothpaste buy. Thus, finding ways to make good, swift decisions has become a central tenet of this weekly quest for a better life. You could say I’m decidedly obsessed.

Intriguingly, Gottlieb’s theory is part of a broader movement that espouses making less-than-perfect, but efficient decisions. There’s the 37 per cent rule, for instance. It can apply to winning chess as well as finding a husband. The unromantic gist is this: based on freakish exponential equations, you find your best match by rejecting the first 37 per cent of potential partners that come your way, then picking the next guy who’s better than any of those first 37 per cent. Which, I presume, requires carrying around one of those traffic-counting clickers at parties. Which I’m not so much into.

Another, by the author of The Mating Mind, says at a party of 100 people, you meet your best match by assessing the first nine people you meet. Nine is enough to give you the lay of the land. More than that and the paradox of choice sets in…bamboozled by options you won’t make a decision. Does it produce the perfect decision? As close as you’ll get, without wasting resources.

Then there’s this idea of “satisficing”, a portmanteau of satisfy and suffice, coined by an economist. Satisficing involves making decisions by first selecting criteria that matters most to you, then going with the first option that ticks all such boxes.

Thing is, most of us are “maximizers” – we put off deciding until we’ve examined every possible option, which makes life not unlike a bottomless purgatorial pit. I’d argue our culture encourages us to maximize, to believe a perfect decision exists; it justifies the enless choices consumerism chucks at us. But – quelle irony – research shows satisficers actually make better decisions than maximizers, and are happier to boot.

On Thursday I met a woman on a work trip who said she’d spent two weeks scouring the net for the perfect family holiday resort. To no avail. Then she stopped and changed tack. She made a list of criteria (kid friendly, on-site pool, no shell art) and inserted it into one of those holiday-finding search engines. She then selected the first option that came up. Hello, she’d satisficed! And, yes, it made her happier.

I like this thinking. It’s clean and simple and it takes the emphasis off “perfect decisions”. There are no perfect decisions. As I’ve said before – and consider it a maxim of mine – decisions become perfect only once we make them and live them out with conviction (ergo, just decide!).

The emphasis is instead placed on working out what matters to us. This in itself can cause a decision-warbler to have a conniption, but it’s an exercise that’s worth fretting over. What does matter to us? This is a far more interesting conversation to have back and forth with yourself, no? It also gets us feeling rather than thinking  our preferences.

This week I realised mint, gel, no stripes mattered to me, plunged in and satisficed my toothpaste purchase. It was swift. And fun. Can you satisfice love? Perhaps. But would you want to? I rather like the maximizing journey, myself.

You might also like…
sunday life: in which a girl falls in love with a single-speed bike February 7, 2010 sunday life