I’m not about to venture into the food bloggosphere, but I’ve been asked to share the recipe for the muffins I took to this morning’s brunch. I’ve kind of made it up.  Apologies to all home economists everywhere…I know this might horrify you. 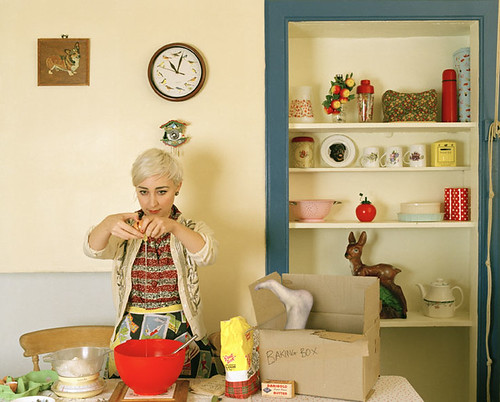 2. beat 2 egg yolks, 1/2 cup honey and some grapeseed or camelia or just plain olive oil (2 tbls?) with a stab-mixer

3. add this glug to a bowl containing a cup each of grated pumpkin and almond meal, 2 cups of gluten-free flour (I used buckwheat and some besan flour), a big shake of cinnamon, 1 tsp of baking powder, a handful of chopped basil leaves and a fistful of chia seeds.

Chia seeds are a superfood – the most nutritious on the planet, according to some. They contain 19 amino acids, stacks of omega 3 and, oh, the fibre…when added to liquid they get a glutinous coating that makes one’s bowels work somewhat smoothly.

4. then stir in enough water (I don’t really know how much) to get it to a thick consistency (I use the stab-mixer again) and stir in egg whites that you’ve whipped up a treat

5. finally, spoon into muffin trays that are lined with little squares (10cm x10cm?) of baking paper and POP into the oven. After about 5 minutes I sprinkle with some pepitas and then bake for another 10 minutes or so.

Trust me, these will work out. Don’t worry about exact measurements, so long as the consistency is cakey. Bear in mind the chia seeds soak up stacks of liqued. So if you end up with a runny batter-like stodge, add more chia seeds.

*Get fancy and sprinkle with fresh torn basil and some flowers flogged  from the neighbours garden when presenting to friends at brunch when you’re 25 minutes late.