new york i love you

I’m off to New York this morning. So posts will be a little thin for a bit. Perhaps. I’m off to New York to interview a few people for my column and to start writing my book, which will all happen in the New York State Library (the one in which Carrie was meant to get married to Big in the movie; and where they filmed Ghostbusters….and countless other movies). Seems bizarre to travel all that way to sit in a library. But I reckon it’s going to work. 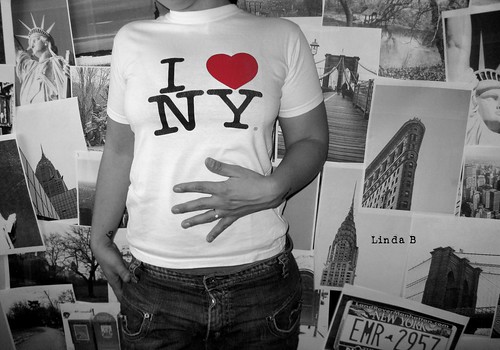 I love New York. It’s a place where things happen. And where you can extend yourself.  Everyone tries to put their finger on why the place gels, including Alisha Keys and Jay-Z. But I think it’s simple: everyone in New York lives life out in the fray, in the streets, on stoops, in cafes, on the subway…and so you feel part of something very alive and connected. People get shitty with each other, nick each other’s cabs, have fights with soup nazis, fall in love with strangers, meet life-long friends on the subway. She see films being shot, celebrities in diners and famous authors doing book readings. It’s real and visceral and messy and smelly.

This new film, New York, I Love You sums it up nicely. It’s in cinemas now. I saw it the other day and really liked it. It captures the way that nothing really has to happen for it to feel like something is happening:

This trip I’ll be:

– having tea with Gala Darling, an ex-Melbourne blogger now based over there. Check out her blog. It sparkles.

– going to One Lucky Duck, a raw food cafe that too many people have mentioned for me to ignore.

– eating avocado on toast at Cafe Gitane. This place feels like Bondi. Or Fitzroy. Heath Ledger used to always be there. 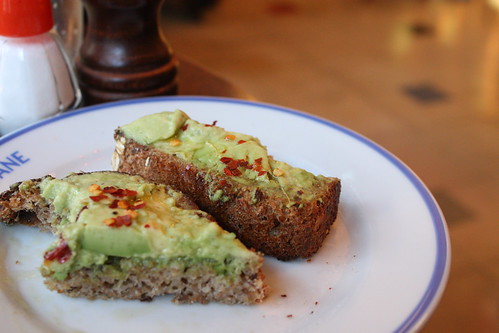 – taking part in this MOMA exhibition (where you sit and stare at a woman who’s been sitting and staring at strangers since early March).

– and hanging out with my dear friend Kersti. This is Kersti and I. We hike together. And drink red wine together.