sunday life: in which Seth Godin gives me a gift

This week I give gifts

There’s this thing I do in cab queues at airports. I don’t find it weird. Although you might. When I get to the front of the queue I sing out to the crowd to ask if anyone would like to share a cab to Bondi (which is where I live). Or Downtown (when I visit New York). Or Rundle Mall (when I find myself that way). At first people are affronted by such an invasion of “stranger distance”. But then they soften. Especially when I offer to pay.

Of course, the practice is efficient (it shortens the cab queue for all concerned), and saves carbon emissions in it’s own modest way. But mostly I do it because it feels good. And a bit daring. And, golly, if this world doesn’t need an injection of daring from time to time!

Seth Godin does the same. Seth is one of the most prolific marketing experts in the world. He’s written 100-plus books, invented genius online businesses well ahead of the curve, has a blog following of 500,000 and is responsible for terms such as “permission marketing”, “idea viruses” and “purple cows”. And, truthfully, I think he’s the most authentically impressive person I’ve ever interviewed. And not just because he shares my penchant for cab queue bombing.

Anyway, on Tuesday night Seth tells me from New York that this odd cab queue behaviour is about creating art. And that it’s the new secret to success.

In his new book Linchpin (which can buy from my site…scroll to the right and down) Seth argues the workforce has changed radically and that it’s not enough to be a lemming employee any more. Lemmings are dispensable, as evidenced by the mass sackings of finance types across America in the past few years. Now, the only way to truly succeed and be remarkable is to create art. Not (necessarily) the pastels and parchment variety. Art, says Seth, is simply a gift that changes the recipient. It’s a generous act that sees you “lean into life”, like an aerial skier leans to travel further.

It doesn’t have to be a grand gesture. Art is when a waiter gives great service. Because she cares. Art is not following the manual. It’s Susan Boyle ignoring the cynics and fronting up and singing. It’s smiling at the courier. It’s writing a book when there’s no guarantee of it being published.

A true gift is given without expectation of a reward. Although, they invariably become their own reward. Which is hard to fathom, so let me explain it with an anecdote. Last Saturday night, Seth attended the opening of Shepard Fairey’s art exhibition in Manhattan. Fairey created the now-iconic Obama Hope poster. He gave away 500,000 of the posters – at his own expense – during the US election campaign. He had no idea how it would be received. He just gave anyway. But as a result he’s become one of the most influential artists in America. Seth tells me a 4000-strong crowd attended the show and his work sells for $US30,000 a pop. 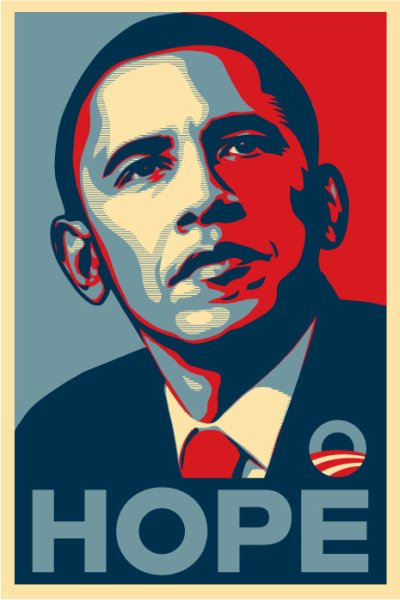 Fairey’s generosity made him remarkable. And, thus, indispensable. Any artist could’ve created that poster. The difference is Fairey fronted up, he gave, he leaned into life and took a risk. As Steve Jobs famously said, “Real Artists Ship”. That is, they deliver.

So how do we start giving gifts? How do we become remarkable? “The aim is to elevate connecting and sharing to the same level as breathing or eating lunch every day,” he says.  By which he means, we start giving and then give some more and eventually it becomes a way of life. Seth walks his talk. He makes money from public speaking and his books. Then he spends the rest of his time giving freely. He intentionally doesn’t monetise his blog or any online webinars he gives and he expends a lot of energy connecting and helping people. I can vouch for this personally.

And so Seth tells me to spend a day giving unconditional gifts. Which I do. On Thursday I gave a pair of shoes to my neighbour that I was going to sell on ebay (which would’ve cost me more than their worth in time). I told a stranger she looked hot. And I abandoned chasing the woman who sideswiped my car for a replacement rear-vision mirror (after all, she’d generously left a note admitting to it).

You know what? It felt free, and expansive. Leaning in, letting go and not caring about being reciprocated felt natural and in tune with the creative process. It also felt more than a little bit daring.

PS. no info sharing, no spam, promise.
You might also like…
sunday life: in which i get told what my future husband and book look like May 16, 2010 sunday life