Sunday life: why we should resist bottled water. Like, now.

This week I don’t drink bottled water (actually, I haven’t drunk the stuff for several years, but I’m kinda ensconced in this “look what I happened upon this week” theme…so let’s just ride it for now). 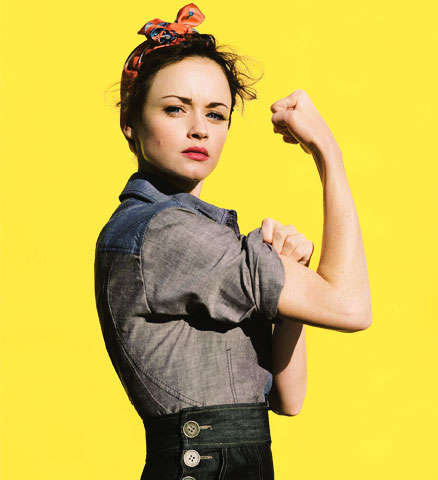 Recently I aborted a liaison with a guy because he didn’t recycle. To be fair (to me?), it wasn’t that he didn’t recycle per se. It was the reasoning he gave for why he felt entitled to leave the carrying out of one’s tuna tins to the communal bins to everyone else. “If I start,” he moaned. “Then where do I stop?“ What he meant was, if I give a shit about my cans, won’t it just open a Pandora’s box of care from which there’s no turning back? A life of cutting plastic windows from envelopes, keeping a bucket in the shower and hypermilling? Won’t it set in train the collapse of the whole merry house of cards? Yes, yes, my friend, it will.

All of which is a loose segue to a subject I’ve been busting to cover: bottled water, and how quitting it makes life better.

Digest this: it takes 200ml of oil and up to seven litres of water (although here in Australia 2-3 litres is mostly cited) to produce a 1 litre bottle.

Yeah, and that’s before it’s transported from some far-flung locale. Bottled water is heavy and takes up a lot of room, leaving a Big Foot-like carbon print. Then there’s the clutter of empty bottles we’re left with. More stuff we then need to do…more stuff with.  Recycling is cluttery – as Mr Care-Averse above will attest. And don’t kid yourself everyone else is doing it in your stead. They’re not. About 65 per cent of bottles end up in landfill.

Many brands now swath this head-spinning mess in “green wash”. One brand harking from a popular Pacific archipelago has gone “carbon negative” by buying wads of credits. But this doesn’t negate the fact that the emissions are burnt in the first place. Nor that they’re buying the credits with the vast profits they make from duping us into buying something we don’t need.  It just adds another cluttery layer of non-logic.

While we’re nodding toward this particular Pacific outpost:

One-third of the people from said island don’t have access to fresh running water.

In fact one-sixth of the world doesn’t, and it’s been estimated just 20 per cent of our annual $US75 billion expenditure on bottled water could remedy this tragic situation. I don’t know about you, but ethical guilt can really drag my day down.

Ah, but it’s the taste of tap water that forces you into buying bottled. Actually, countless blind taste tests prove we can’t tell the difference.

Perhaps it’s the chemicals in tap? Fact: the quality of tap water is monitored just as – if not more – vigorously than bottled (the industry is largely unregulated) and a lot of bottled water is just tap water. Repackaged. Replete with scare campaigns about how bad tap water is. Der.

Drinking tap water also keeps you on the ball. Or at least drinking bottled seems to mess with one’s ability to reason. During the week, a waitress, on her break and necking a bottle of spring water, told me she couldn’t abide the chemicals in regular tap stuff. She was smoking a cigarette at the time. My office colleague who just ate a packet of Burger Rings tried to tell me his body is too much of a temple for trace chlorine. All three of us live in a large, polluted city. Besides, there are filters. And refillable bottles you can buy at camping stores, which, in fact, leach far fewer chemicals than the disposable versions. Jon Dee, the man behind the Go Tap campaign and managing director of not-for-profit organisation Do Something! shared with me this week: there are these cool collapsible Platypus water “bottles” that, when not in use can fold into your pocket or handbag.

Further, when you drink tap you don’t look like a bloody idiot. When you pare things back the only reason left for drinking bottled is that you’ve been duped by crude marketing spin.  Drinking bottled says to the world, “I’ve been scare-mongered into paying up to 2000 times more for a product, by an industry that needs to replace its declining soft-drink market and will stop at nothing to do so”. (Can you imagine paying $6000 for a latte?) Finally, drinking tap water is to care. When you care, you steer your choices yourself from a stable space. And, yes, it involves demolishing houses of cards.

Which is more fun and authentic than defending someone else’s, no?