How to start a book? Write drunk, edit sober.

I’ve just started a book. As in, writing one. I’m not quite sure how this came about. But as with most thing in my life, they’ve happened while I’ve been doing other things (I’d never even read Cosmopolitan before I became editor of it). Anyway, contracts are signed. I’m off. 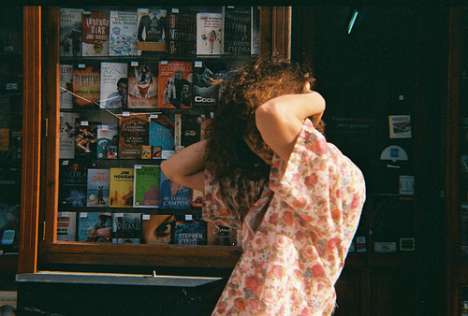 How do you start writing a book? If you’re not writing a book, you might ask, how do you start a big project with multiple layers of complexity and emotion involved? I’ve been seeking an answer for a few months. There’s some common thinking out there, in case you’re wondering. Principally: don’t worrying about the perfect start; just… starting. Vomit forth ideas. Let them unfurl in a mess. Be messy with it. Be loose. Use butchers paper. Get fired up. Creative. No holds barred. Have no structure, no semblance of order.

Finish spewing forth. And then edit and organise and structure. Ernst Hemingway wrote: “write drunk, edit sober”. I’d say, “get messy and manic. then sift and structure.”

When I had tea with Edward de Bono, he said much the same. He’s written 80+ books which makes him an authority. He told me  he puts everything down on scraps of paper, randomly, with no set idea of where it’s going to head. Then he looks for themes and creates chapter headings from there. Then he goes back and assembles the notes under the chapter heads and makes a few adjustments. Then done.

When I write my columns, this is how I do it: I swirl ideas in my head for a bit, usually in the shower or while I’m riding my bike. When I have my theme I get messy. I read, scroll, scribble on a foolscap notebook and make calls for most of the day. I angst. A lot. My writing mentor once said that when you stop angsting about your writing, you stop being a good writer. Then, as the sun starts to set, I “draw” my article. With a nice pen I nut out the structure with circles and arrows, half of it in shorthand, and with pictures. When I’m done I can “see” the whole column and know that it’s structurally sound. I then write on my computer. Often the ending is different. I let it emerge.

This works for me.

But, a book. It’s a bigger prospect. I don’t think I can draw it in a sheet of foolscap. So I’m sitting in New York Public Library and hoping I can get drunk and messy today.

PS. no info sharing, no spam, promise.
You might also like…
a sneaky trick for pushing back emails June 3, 2010 lifestyle