This week I give the Pomodoro Technique a crack. On this bumpy road to a “better life” that I ride week to week, this much has become abundantly clear: it’s very hard to make self-discipline sexy. As I read on some blog or other recently, you don’t get excited about a party because you’ve been told all the self-disciplined people will be there. Now, do you.

Although over the past 12 months writing this column I’ve given it a good crack. At making self-discipline sexy, that is. At parties I hold court by the buffet and impart fascinating productivity stories to captivated friends, while sipping on my one glass of pinot gris for the evening and urging myself not to grab another handful of Burger Rings.

My favourite is the one about Ray Bradbury. Ray was a broke freelance writer. Unable to afford an office, he’d go to the public library to write, where he’d queue to hire a typewriter in the basement for 30 minutes at a time.  It cost a dime a pop; he had to get value for money (and time). So he’d write in efficient bursts. He’d wait his turn again, then another 30-minute burst, and so on. The result was the classic novel Fahrenheit 451, written in some ludicrously efficient, self-disciplined record time.

I generally have my audience at Ray. I like to take advantage of this and tell them this kind of discipline enabled the writer to access “flow”. Psychologist Mihaly Csikszentmihalyi (which I generally blurt-mumble out like a rooky SBS news reader) pioneered this concept back in the early 90s and showed that some of life’s greatest contributions occurred when their creators were in flow (or “the zone”), that is they were so completely focused on the task at hand that time stopped, distractions ceased and much got done.  It’s a sweet, sweet sensation, which I experience surfing and putting together IKEA furniture.

Csikszentmihalyi’s schtick was this: when we engage in something fully we activate so many neurological functions at once that our brains get bamboozled and shut down the part that makes us aware of what we’re doing and how much time has passed.  Ergo, flow.

By now I have the crowd totally turned on to self-discipline, eating out of my paper plate of quiche wedges. So I’ll throw in, “Oh, yes, the 30-minute spurt thing is interesting”. How so, my audience will chorus. Well, many efficiency experts have arrived at the same conclusion. Which then leads me to the Pomodoro Technique.

Developed in the 90s by an Italian efficiency enthusiast, it’s recently experienced a surge of popularity. It’s stupidly simple. You pick a task and take one of those kitschly 90s red tomato kitchen timers and set it to 25 minutes. Next, churn through your task, ignoring distractions, not stopping to make tea or stare at the ceiling. Rest for 5 minutes and repeat the cycle three more times, after which you rest for a good half hour and grab lunch or read emails. The aim is to work to these 30-minute cycles daily, building up the self-discipline muscle. 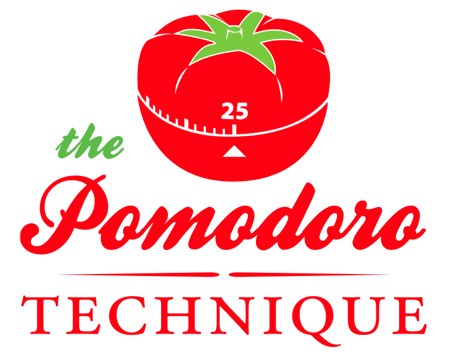 If I’d written this column before my hypothetical party, I’d tell my symposium I’ve tried the technique myself, while writing this very column, actually. Hey, it works. I couldn’t bring myself to use an actual ticking tomato (too twee), so I used focusboosterapp, a customised online timer replete with ticking.

The ticking, which Pomodoro proponents say is key, certainly instilled a sense of urgency. I churned, and refrained from editing, to keep the flow and do as I’m told. And I did get in a flow. The time flew and I staid completely into the writing, no toggling, no lack of clarity and perspective. In my five-minute breaks, I walked around the block, which cleared my head. Then back to it, as instructed.

In the longer break at the end I contemplated why my brain got so sucked in by a virtual ticking clock as to behave itself so extraordinarily, not darting off to play silly buggers on Facebook or to lead my appetite astray to the fridge. I concluded it’s because our brains are simple little things that like boundaries. And external motivators, however kitsch they might be. They’re also easily bamboozled and fooled into flow.

The good news, however, is we can control this and dupe our brains to our advantage.

As a postscript: I’ve used this technique now for well over a week. It does work. It really does. Give it a crack and tell me what you think….