This week I get some dream coaching Is there anything more spleen-twistingly, incisor-grindingly tedious than listening to other people recounting their dreams? I don’t think so. Which is why I won’t share how two nights ago I dreamt I was flying, but not really flying, more falling and desperately breaststroking though the air trying to gain traction, while being chased by a faceless swamp-thing. And wearing no underpants.

But this week I did share the dark side of my id with Australia’s leading dream coach Leon Nacson, who also runs Hayhouse Books. To see if pausing to understand the symbols and meanings in one’s dreams has any worth.

Back when we were all suppressing twisted oedipal urges, dreams were interpreted as a revelation of our subconscious (and often sexual) desires. A Jungian lens saw other people (and objects) as representing aspects of ourselves. So that swamp-thing? He’s some dank part of myself that’s holding me back from flying freely. Which makes surprising sense, actually. As does the fact he’s a masculine presence. 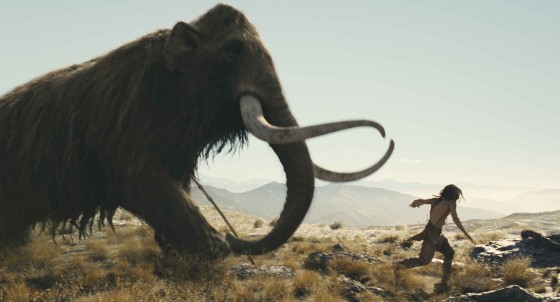 Newer theories say our dreams merely serve physiological purposes, such as keeping us asleep. That dream where you’re stuck in mud and can’t move…it’s stopping you from waking to go to the loo. Others say they’re a neurological dumping of superfluous data from the day, and help us solve problems. Einstein stumbled upon E=MC2 in a dream. The particular configurations of the benzene atom and Singer sewing machine were also discovered in dreams. We all know it works – you “sleep on an issue” and awake with a clear answer. In high school, I was obsessed with solving Lewis Carroll logic problems. It was a hobby of mine. The hoarier ones I’d nut out in my sleep. Ditto tricky quadratic equations.

So which approach provides the best answers and insights?  None of them and all of them. Leon explains that dreaming your teeth are falling out can simply be a note-to-self to see the dentist. Or it can be a red flag, alerting you that you’re not speaking cleanly, that you’re using too many words and not cutting to the chase.  Both can make sense. It depends on you.

But universal themes do emerge. Flying dreams, he says, represent a desire to get above the mad clutter of life and glean perspective. Leon, who’s analysed dreams for four decades for people worldwide, says this kind of dream is on the up and up, which is not surprising at all, right? Nor that dreams about feeling stuck (featuring spiderwebs, which signify the far more fear-inducing technological “web”) or empty or spiritually empty (winning the lotto but not feeling anything) are also trending right now.

But, and this is where it gets fun, you don’t have to be stuck with a grim dream diagnosis. Leon explains that emerging theories say it’s not what you dream, but how you react to what’s happening in the dream, while in your dream, that is of greatest import. He explains a falling dream is about feeling unsupported, which is quite victim-y. But where you fall, or what you do while falling, can reveal more inspiring things about yourself (do you just splat, or fight the fall?). All of which would not be that helpful, except that, as Leon explains, you can steer a desired reaction.  Leon suggests that when you wake from a falling dream where you’re not happy with your flaccid landing, use your “just woken up” semi-delirious state to imagine sewing a parachute. Or whatever.

Leon also suggests using the feelings from dreams, rather than getting bogged down in the symbols and events, to guide you in “real” life. This week I got all Freud on myself and tried this out. On Tuesday night I asked my subconscious for insight into a life-steering decision I need to make. In the morning I woke, remembered the question, which triggered recollection of the dream I just had. Taking Leon’s cue, I focused on my reactions and immediately felt my answer. I’m not sure exactly where it came from, but it just did.

All of which would be hard to fathom, except that does anyone know where any answer comes from? As Leon says, “No one knows where in their brain their phone number is stored.” But this doesn’t stop them from accessing it.

**And for some extra fun, Salon has just assembled a slide show of the best dream sequences in movies.

PS. no info sharing, no spam, promise.
You might also like…
MasterChef and a fraction too much life friction July 23, 2010 lifestyle