sunday life: the secret to happiness (a chat with Gretchen Rubin)

This week I get happy…close to home 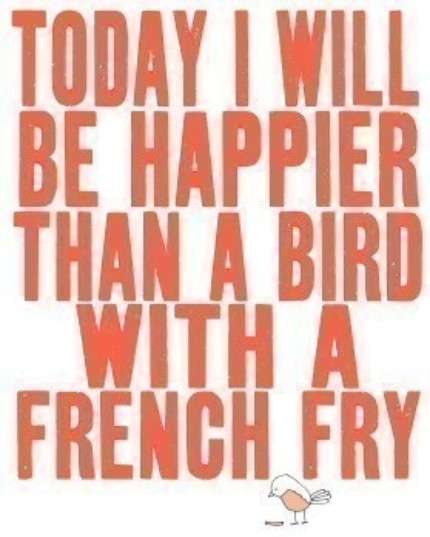 Gretchen Rubin calls it her “Beautiful House” moment. As in, “This is not my beautiful house”, the existential lament from the Talking Heads hit “Once in a Lifetime”. Gretchen’s life was ticking along just fine. She had a beautiful house. Two kids. And all the rest. But she woke one day with that feeling of discontent and disbelief and asked, Is this it? Is this me? 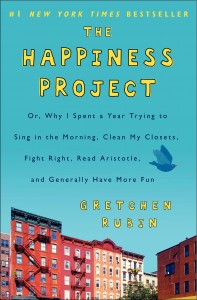 It wasn’t. There was more she yearned for and so she set off on The Happiness Project, which launched – as everything does these days – as a blog in March 2006. I’ve been following it for years, often somewhat bewildered by the Cartesian precision with which she pulls apart the bumbling ways we humans happen upon happiness. She’s written thousands of posts over the course of her journey, attracting a monthly following of 300,000 readers. She’s a regular on the American morning TV circuit, contributes to the Huffington Post and has turned her findings into a number one bestselling book that sat on the New York Times list for 18 weeks (and it’s released her this month).

Sweet bonus on a Sunday: I’M GIVING AWAY THREE COPIES of the book today to three readers generous enough to share what they think makes human’s happy. A simple tip will do. I’ll get Gretchen to pick the winners!

Which begs: after such a long, imbedded journey, what’s the one take-home-wrapped-in-ribbon-with-warrantee trick that has resonated with her disciples? What, dear Gretchen, moves us beyond our beautiful house and makes us happy?

On Monday I posed this very question. Gretchen’s response down the phone from New York? You ready for it?

Make your bed. Every day.

Of all the tips shared on her blog, this one has attracted the most passionate, positive feedback. “Everywhere I go I get pulled up about the make your bed thing,” she says.

Now, that’s just ridiculous, isn’t it. It’s like “42” being the Ultimate Answer to Everything (if you’ve ever read The Hitchhiker’s Guide to the Galaxy). It lands with a thud. That’s it. Make your bed. Really, our mums could’ve told us that. Actually, they did.

All that casting aside cast aside, however, I rather like it. (I’m also fond of the number 42.) I’ve kind of had it with the grand motivational theories and the big excursions to Indian ashrams by indulged self-helpers of the past decade. These approaches work to the highly profitable premise that there’s some big fat answer “out there” accessible only once we’ve diligently reversed everything we’re currently doing to get through the week. How wonderful, then, that the answer could exist closer to home. I’ve always suspected it did.

Gretchen’s rationale is that shaking your doona and poofing your pillow each morning is a no-brainer way to create a semblance of outer order, which, in turn, creates inner calm. If you’re an A-type personality, or you simply find yourself wishing you could just-get-on-top-of-things-for-a-moment, you get this, right? Because it’s small and do-able, and so close to home, it means you can actually get that hit of “control amidst the chaos”. But it’s the “every day” bit that’s key. “I’ve found it’s easier to do something every day, without exception, than to do something ‘most days’,” she says. “When you say you’ll walk four days a week, you debate which days, whether you can skip Tuesday, etc.”. “Every day” puts the kybosh on such a debilitating debate. It frees you up, while providing satisfaction.

Andy Warhol said much the same:

Odd coming from such a nut-bag, but true.

I made my bed every day this week. I’m not usually a bed maker. Or someone who takes time to transfer my grains to nice glass display canisters in my kitchen. And as a kid I didn’t rule neat red margins in my exercise books at the beginning of the week. Nope, I’m crap at creating outer order. But it felt good this week to make my bed. It’s rather a symbolic act: taking mindful time before you start your day to attend to your sleeping arrangement. Your bed is a nurturing, energising space. Putting it in order is to attend to your soul. It also creates a nice closure to your day, a comforting reward.

But Gretchen adds this favourite caveat: the opposite of every great truth is also true. “If you always make your bed, then don’t make it every now and then. It will reveal something interesting.” Which can make us happy, too? “Oh, yes,” she says.

Do you have a stupidly simply trick that works for you? Anything you’re playing with right now?