sunday life: why you should read slowly

This week I learn The Art of Slow Reading 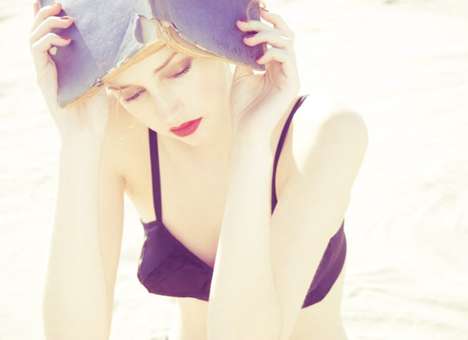 I’ve never been a big reader. Even as a kid. Which has always surprised people who assume that just because you wore glasses with an eyepatch for 18 months (when I was 12) and spent lunch in the library means you were a bookworm. Truth be known, I only ever got as far as Double Love in the Sweet Valley High series.  Which I suppose doesn’t really say much in either direction.

As a kid, if Mum caught us reading it was code we weren’t doing much and she’d hand us a basket of nappies to hang on the line. A resting heartbeat in a child would get her antenna up and she’d swoop in with a bundle of kindling to start the fire. So we stayed outside. And avoided the brown questions in Trivial Pursuit.

That was my excuse then. Now, like everyone else it would seem, I blame the internet. Recently much noise has been made by many angry experts claiming the internet is making us stupid because it forces us to read too fast, skimming tidbits at the expense of absorbing nourishing knowledge. In his new book The Shallows, tech guru Nicholas Carr uses neuroplasticity theories to argue this hyperactive toggling is reshaping the pathways in our brains, rendering us incapable of absorbing complex insights and arguments. Let alone follow a family tree in a Tolstoy novel.

All of which – before I lose you – has given rise to the Slow Reading movement, which is the new Slow Food movement, following in the languid steps of the Slow Travel movement. There’s a book. And blogs. And clubs. It’s a movement.

Of course, slow reading isn’t about reading words at a snail’s pace with a ruler. According to proponents, it’s about reading fully, not just the executive summary, or the reviews in the weekend newspaper literary supplements (a tip I took from an edited extract I read of Pierre Bayard’s How to Talk About Books that You Haven’t Read). And allowing time for dissecting arguments and reflective response. It’s also about reading real books, not content online (which leaves you open to online distractions…and so happens to threaten academics with 100,000-word dissertations in tow).

But how ‘bout we get to the crux. Slow reading isn’t about stemming the tide of our dumbing down. It’s about stemming the tide of life. We fast-read because we’re inundated with information. And – more importantly – haven’t developed a way to sort wheat from chaff. We have to frantically skim everything to see what’s worth reading. Which leaves no energy to read fully. We’re like little frenzied Dutch people running around plugging dykes before we drown in data… who are starting to realize plugging ain’t the solution. The solution might just be to let the floods in and build a tranquil retreat on stilts above it all.

Me, I’ve been slow reading a lot lately, and for the first time in my life. Not to bulk out my synapses, but to stake out a retreat. More and more I’m appreciating the secret to meaningful survival today is to vigilantly carve out placid little pockets of calm for ourselves. If we don’t, we drown. It’s up to us. No one else can do it for us. If you’re like me, this can involve relearning some old, very obvious tricks, like the Very Fine Art of Sitting on the Couch on a Saturday Afternoon with a Pot of Tea and a Good Book.

To Slow Read I find you need to read one book at a time. And to concertedly set aside time. Two hours is good. Or 45 minutes every night. Some Slow Readers recommend computer applications like Freedom, that turn off online connections for a carved out period of time (we’re that weak). Having time and space to stare off into the ether, unrushed, to reflect and develop a creative response, feels great. It takes that long to pacify my parasympathetic nervous system. Which, I decide, is the entire point of reading a book on a couch on a Saturday afternoon. It’s the retreat on stilts that gives me the energy to re-enter the data fray.

It doesn’t matter what you read, nor the pace, really. It should probably be called Still Reading. Or Bring Yourself Down From The Ceiling Reading. As John Miedema, the author of Slow Reading (the book) says, it’s “about bringing more of the person to bear on the book.”

From my experience. it’s about bringing more of the person to bear on life.

Do you read fully? And slowly?

PS. no info sharing, no spam, promise.
You might also like…
sunday life: the secret to happiness (a chat with Gretchen Rubin) August 15, 2010 lifestyle, sunday life