I'm a soul nerd. It hurts sometimes. Until I realised...

“Literature is a yoga, a soulnerd’s intellectual-spiritual practice of contour-fitting what we know to what is so.” 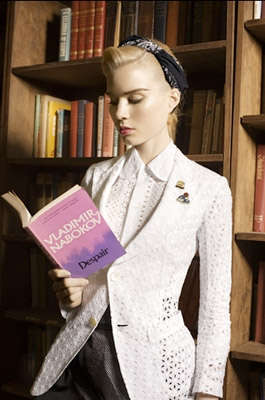 I read this in a Psychology Today article this morning. It’s given me heart on this Monday morning after a night of not sleeping and feeling really very raw about how I’m “doing life”. The article is about evolutionary thinker Jeremy Sherman’s take on what it means to be spiritual, in the context of coping with our mortality.He identifies that spiritual can either mean:

1. adhering doggedly to a doctrine of some sort that provides the answers for you (and comfort), or

2. existing in the now, such that you “let go” of the notion of the future (and impending death).

But he also identifies a third way. That of the soul nerd. That of studying our predicament with considered curiosity. He treads this path. It involves having to:

Put one’s grief in context of the patterns structures and trends of human and natural affairs. Study that larger context with heart and head full open, feeling waves of sorrow and joy and thinking about and analyzing the waves, using your intellect and capacity for conception, giving voice to hungry ghosts, the desire to understand, and to manage, to minimize grief but also to face it squarely. Study it through the many disciplines, culture’s long arguments, quests, debates and accounts, the peculiarly stubborn attempts to see clearly that constitute intellectual culture. Cut a path through big time, the “long and wide now” by absorbing evolutionary biology, intellectual history, philosophy, anthropology, and above all, literature. Become worldly so that you can say of whatever life deals you, “Yes, this too has in it vast and intricate creative capacities.”

Oh, yes. I’m a signed up soul nerd. I walk this path, whether I like it or not. I delve into the murky depths. Not out of choice, but because I have had a compulsion to dive into ponds, past the seductive reflection on the surface. I’ve been like this since I was 12, I think, when I started reading Jim Morrison poetry and visiting Buddhist centres.

I’m constantly told “Sez, you think too much”. To which I’m forced to say, “which is like me saying to you, you breath too much”. Most of my life I’ve berated myself for analysing the waves and pulling apart the evolutionary purpose of …eyebrows and sorrow and manic depressive in African communities.

In recent times, the Buddhist fervour that’s hit yoga schools and water cooler talk has put the pressure on me to “let go” and “live in the now”. All good stuff, but ONLY once you’ve seen what’s down there. Otherwise, isn’t it like popping a valium and saying life is great? Isn’t it like viewing life from a cinema pew?

So, to all you soul nerds out there, feeling self-conscious about

and feeling the ache of humanity

and getting knocked about by the sharp answers that come up

and crying when you read a passage in a book that  snap-locks a meandering thought you’ve had into place…as Jeremy writes: “contour-fitting what we know to what is so”

yes, to all you soul nerds, know this: your enquiry is sound and beautiful and important. Engagement is where it’s at! Read on…