sunday life: in which I meet medical intuitive Caroline Myss

This week I find no reasons 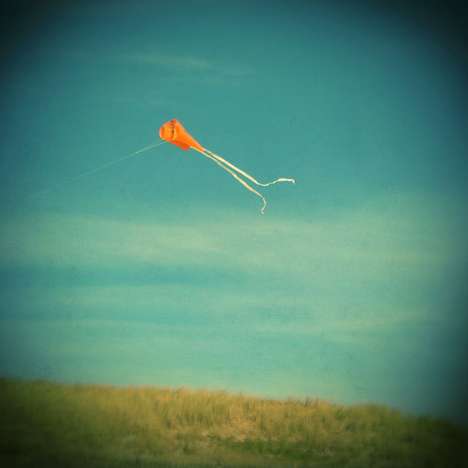 I don’t know about you, but I’ve noticed a stack of people have taken to the curious, quasi-spiritual belief that there’s divine logic behind every haphazard, unfortunate occurrence – from receiving three parking tickets in three days, to getting cancer.

Your girlfriend leaves you? It happened because your true soul mate is just around the corner.

You got robbed? You needed to let go of your attachment to possessions.

I met someone recently who missed her plane. “Oh, it happened for a reason,” she said. She reasoned she was meant to be stuck at the airport for four hours to meet her future husband. I know – totally unreasonable! But there she sat, at the gate lounge, scrutinising every man with a pulse who walked past.

We used to call such things bad luck. And move on. But now, “everything happens for a reason”. Have you noticed this, too?

Not that I make this pronouncement from a lofty pulpit. I say this kind of thing all the time. I got quite unwell at the end of 2007. Once all the doctors failed to give a medically watertight reason, I donned my alternative goggles and went diving for a deeper, metaphysical one. I mean, why me? Why now? There must be a reason under all these layers of onion. Was it bad karma? Or did it all go down to teach me a lesson. I’d been living my life unconsciously and without heart – working dumb hours, drinking too much red wine, running from relationships – and this was “the universe’s way” of getting me to amend my erroneous ways (people who think “everything happens for a reason” generally bring “the universe” into things at some point).

But what if there is no reason – logical, medical or cosmically ordained? What if it just is what it is? Or, as the bumper stickers used to say, “shit happens”. It’d be sweet bloody relief, would it not?

This, in a crude nutshell, is the premise of medical intuitive Caroline Myss’ latest theory. I met Myss this week during her visit to Australia. Myss wrote the New York Times mega-seller Anatomy of the Spirit, which is exactly the kind of book people who say “everything happens for a reason” are likely to have read. Which is why it might come as some surprise that Myss’ new book, Defy Gravity, puts the kybosh on reason. Not just the Newtonian, scientific reasons. Also the alternative ones, such as “my amethyst was facing the wrong way” or “my third chakra is blocked”. After 20 years working as a healer, she says true healing (of debt, of illness, of pain, of the angst of not knowing where your life is heading) occurs only when we drop the need for explanations.

To be honest, meeting Myss was… prickly. But, flipside, I think it’s because she found my line of questioning annoyingly…reasonable. Eventually, reluctantly, however, answers came. Why don’t reasons work? They don’t solve the kind of problems the world faces now. “We are at the ‘beyond reason’ point of our evolution…the type and scope of the problems we are now confronting cannot be resolved by mere gatherings of ‘reasonable’ people around a table,” she says. We only have to look at our current political landscape to get what she means.

Plus, she says, there is rarely one reason for anything. There are many and they conflate and mix. Plus, if you want, you can “rationalize” anything you want. We can convincingly explain away why we stay in a miserable job. But does it mean it’s true? Does it heal?

You’ll be happy to know I also asked what, then, can we turn to for making decisions and guiding our lives if we abandon reason. How do we move forward from the pain and heal? In a nutshell she said: just stop relying on reasons, then the answer comes. Which is to say, the graceful whisper of our intuition kicks in and tells us where we’re at and steers us. While ever we defer to reason, we can’t hear the graceful whisper.

It all reminds me of the way kids ask adults “why”. Why are hamsters called hamsters? Why is wattle yellow, not pink? We say, “because”. “But, why?”. “Because.” And so on. It drives us mad, because often there is no reason. Or too many. Or the reason ruins things. Eventually the kid lets up.

Which is sweet, bloody relief.

PS. no info sharing, no spam, promise.
You might also like…
sunday life: my case against shopping* September 12, 2010 sunday life