sunday life: in which I shine the light on my judgmental, bourgeois, affected, quinoa-loving "white" self

This week I face up to my whiteness 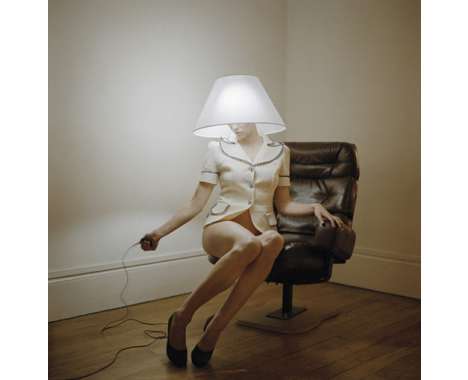 I’m so white it hurts. I’m achingly white, not in the alabaster sense. But in the beige sense.

Being white means I’m not the “other”. If you’re black or Asian, I’m what you are not. Whean they cast for home loan or Milk Arrowroot commercials, my type is assumed in the lineup, then they choose a smattering of “other” ethnic groups to make up the balance. (I speak from cringe-worthy experience here – in my teens I played the whitebread-girl-next-door-with-a-Labrador-and-husband in a number of lowbrow ads. I got the gigs because I was “typical”.)

My differences and my behaviours are not analysed or typecast. Because I’m the norm. That’s what it means to be white.

What also makes me white is that I’m blown away by the internet phenomenon Stuff White People Like. White people always are. I first came across the Canadian-based website in early 2008, shortly after it launched as a list of cultural quirks white folk are partial to, like going out for breakfast (#, 36), yoga, Moleskin notebooks, Banksy artwork, following religions their parents don’t belong to (#2), sea salt, listening to black music black people don’t listen to anymore (#116) and issuing apologies. I wrote about it back then (another thing White People like: claiming they were ahead of the curve). Since, the site has morphed into a New York Times bestseller and the site has clocked more than 72 million hits.

A few days ago I went to hear the site’s founder Christian Lander talk about white people. He essentially held a mirror up to every one of us in the auditorium. And gosh if we didn’t’ get a fright! Seriously, white people never have mirrors held up to them – they do the mirror holding (#20 Being an expert on other people’s culture). So it feels dead prickly to be on the receiving end. We like to think we are not a type, that we have the freedom to define ourselves as unique and special beyond the constraints of the stereotyping we impose on quaint multi-cultural groups around us. But, no, we are so very much a type.

Lander qualified that by white he means liberal, upper middle-class. “You don’t have to be white to be white, you just have to be rich,” he says. He also argued that much of white taste is about crafting a particular identity. We buy things to make us look discerning (#132 Picking their own fruit). Sure, we like to be altruistic, so long as everyone gets to see it (#60 Driving a Toyota Prius).

We fall over ourselves to look inclusive (#14 Having black friends), but make a point of distinguishing ourselves from the “wrong type of white person” (#124 Hating people who wear Ed Hardy).  And we think we know what’s best for poor people (#62). Oh Lord, it hurts, doesn’t it? At worst the mirror shows us up as highly judgmental and separatist. At best we’re rendered entirely un-unique. You mean all of us are into exotic grains? I thought it was just my thing! (Hello, quinoa, anyone?).

That night I didn’t really sleep. I was squirming that much. I make brash statements about bogans. I love to tell people from overseas how wonderfully rich the Greek community is here in Australia. I preach quinoa. And, if I’m to be frank, this column I write is so white it’d make you look tanned if you were to stand next to it.

But what’s the real issue here? It goes beyond bourgeois tastes. Lander remarked that we’re so busy defining and branding ourselves as special and informed and above the “others”, we lose sight of what we stand for. We’re not honest, which perpetuates white privilege.  He quotes Malcolm X as saying, given the choice between a racist and an liberal he’d choose the racist…at least they’re honest. He also raised my pet rant to illustrate this: white people bang on about supporting equal education funding for all, but send their own kids to private schools.

I can’t say that contemplating my whiteness made my week better. But it woke me up to the way in which I often need to define the things I do as “right”. There’s nothing wrong with doing yoga, or liking David Sedaris or watching TED.com or following The Onion. It’s just that it’s not right, either.

Which is, no doubt, a terribly white thing to say.

PS. no info sharing, no spam, promise.
You might also like…
what's your true religion? a quiz October 21, 2010 lifestyle