Did you read this on the weekend? A column by Fairfax national affairs writer Tony Wright on celebrating the ordinary things. 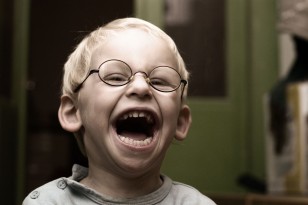 It’s not your usual “feel/think nice things” pap that circulate the web. It’s a frank reminder of how we respond to the news cycle. And how the media and politicians have to rely on sensationalism to get our attention and make a headline. While the ordinary things never make the cut. I’ve run the whole thing below. A REALLY important way to look at the immigration debate.

But I also like this about it: it’s an example of a hard news journalist taking a gentle approach. I hope we’ll see more and more of this over time. I think the world is shifting. I think, soon, we’ll crave this kind of gentle, ordinary approach to the news cycle. And we’ll seek the true evolution happening behind the sensationalist headline.

The apparently mundane doesn’t impress us, whether it’s a successful plane journey, hot water on tap or a successful immigrant.

THE shower threw steaming water into the dawn at the twist of a tap, just as it does every morning; a flick of the light switch rolled away the dark, as always.

The kettle boiled and there was tea; toast leapt from the toaster .

Outside, the car awaited. The engine turned over at the first touch of the key and I rolled into the day, rain falling onto the weather-tight windscreen.

Things work. Little things that we hardly take the time to think about. Oh, there are traffic jams and demands upon time, mortgages to pay and all manner of frustrations and niggles.

But everyday things work to a point beyond the imagining of the most pampered emperors of history’s most fabulous empires. A hot shower, a jug of boiling water, light at a click of the fingers? A car that streams through the rain, the interior heated, radio harnessing news from the world?

These are so familiar to most of us they escape comment.

Yet when things don’t work, we are reduced to anxiety and, sometimes, near hysteria.

Depending on whose data you are prepared to believe, there are somewhere around 90,000 scheduled commercial flights on any day around the world. That’s about 32 million flights a year, with well over a billion passengers. It seems a wonder there is any sky left.

But when a single Qantas jet suffered engine failure this week and made a forced landing in Singapore – with no one injured, beyond those traumatised by seeing flames and pieces of the engine cowling blown off – we could hardly find headlines big enough to report the shock and the horror.

We don’t want to suggest that there is no room for concern about a close shave like this – there were, after all, 433 passengers and 26 crew at peril.

But it remains a curiosity of the human condition that we pay immensely more attention when something goes unusually awry than we do to all the astonishing things that work just about all the time. Our emotional reaction seems drawn to the extraordinary, while the apparently ordinary doesn’t make it into our consciousness.

While our attention was stolen by the Qantas non-disaster this week, emotions in the Adelaide Hills and the town of Northam, north of Perth, were flying out of control over plans to house asylum seekers in detention centres.

Detainees, outraged residents shouted at public meetings, could riot, scale the walls, steal residents’ cars and even infect the local communities with disease.

It’s not unusual, of course, for communities to resent the idea of large numbers of strangers suddenly thrust into their midst. It’s not satisfactory to simply decry the concerned residents, or even the shrillest of them, as rednecks and racists. Place ourselves in their shoes and plenty of us would find ourselves driven by the ”not in our backyard” syndrome.

Comfortable neighbourhoods everywhere are awash with those who would go to the barricades to stop a block of flats piercing their skyline, let alone a detention centre down the street. Remember the residents of Albert Park going ballistic about a few days of a grand prix disturbing their peace?

In truth, there would hardly be a town in the world that wouldn’t get itself in a lather about the prospect of large numbers of detainees suddenly occupying part of its territory. Furthermore, the federal government wasn’t exactly generous in consulting the residents of the Adelaide Hills and Northam before announcing what was to occur, nor since.

But as I was cruising through the early morning, a radio report on the gathering anger in those places was followed shortly by an interview with a modest teacher from a large city high school that was about to showcase its merits at a public ceremony.

”We are blessed,” the teacher said, ”with students from 40 different language groups.”

It wasn’t so different, then, from numerous such schools in the bigger Australian cities where, without much fuss, kids from all sorts of ethnic, cultural and national backgrounds are getting on with the business of winning an education, getting on with each other and preparing to take their places in an Australia that will undoubtedly be enriched by their endeavours. It has always been thus in our immigrant nation.

It is, in fact, the ordinary, and it has been achieved without lasting rancour. Most of us don’t even notice any more.

Ever since World War II, people from almost every country in the world have found new homes and new lives in Australia, and a lot of them have arrived as refugees without much of a grasp – or no grasp at all – of the English language.

Plenty of them in the 1950s and 1960s began their new lives housed in old army barracks, just as the asylum seekers who are to be brought to the Adelaide Hills and Northam will be now.

The old closed communities of Australia were initially suspicious and uncomfortable with various waves of these new arrivals, but they got over it and pretty soon began to enjoy the diversity.

Asylum seekers, are, of course, in the extraordinary category because they found their way to Australia their own way, mostly without documentation and, as far as the nation’s border protection authorities are concerned, in an unauthorised manner.

The United Nations High Commissioner for Refugees reported this year that 43.3 million people were forcibly displaced worldwide by conflict and persecution in 2009, that official refugee numbers were at 15.2 million and that asylum-seeker applications for the year stood at 377,200.

In that same period, 2856 people turned up on boats seeking asylum in Australia, and another 5852 have arrived this year.

In the great scheme of things, these are relatively piddling numbers.

But they raise public anxiety and hysteria, while successful schools and communities filled with children of families from everywhere are hardly noticed, because they work perfectly well.

PS. no info sharing, no spam, promise.
You might also like…
three ways i deal with the vile, judgey voice in my head (and be a slightly nicer person) November 3, 2010 i share my tips