sunday life: the benefits of *not* being happy

This week I get sad 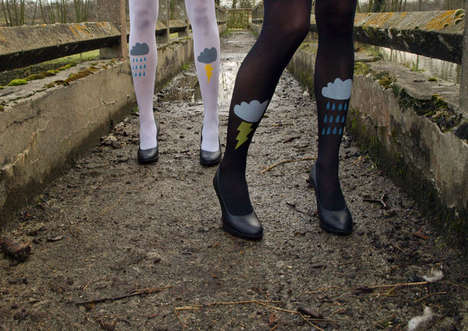 I’ve been writing this column for a while now – 72 weeks to be exact – and I have to confess, I’ve had it with trying to be happy.  It’s all become too much.

While this column is a somewhat tortured search for a better life, most of the literature I’m exposed to is about happiness. You see, since positive psychology emerged ten years ago, happiness has become the holy grail of our existence. Everyone’s trying to get happy because a happier life is a better life. Or so we’re sold.

And, so, every week I’m sent half a dozen happiness books to review, I’m invited to happiness pow-wows and my inbox receives a chundering of the latest theories and studies about how best to land a smile on one’s dial, usually involving Tibetan monks or a bunch of Greek goat herders.

Ergo, I have happy wash; I’m “cheer exhausted”, you might say.

Happiness used to be something you experienced appropriately, on occasion (on birthdays, when running under sprinklers). It was a spontaneous thing you got glimpses of, if you were lucky. Nowadays, these countless theories prove happiness can be manufactured and sculpted. We can work hard at being happy (by turning sad thoughts into happy ones and thus reshaping the synapses in our brains). And, when we do, we attract more happiness (you reap what you sow and all that jazz).

All of which has served to create a highly tedious imperative to be happy all of the time. Which has simultaneously rendered the slightly less sunny among us, well, lazy. You’re not happy? The sun not shining on your patch? A bit down that you have incurable cancer? Pull your socks up!

I had someone do this to me the other day. He bounced past me on the street and told me to, “Smile, be happy”. Had I been in a more beamish mood, I’d have said, “No thanks, I’m experimenting with the miserable end of my mood spectrum right now. It’s proving highly productive.” Instead I glowered.

But has anyone stopped to ask if happiness is all that much chop? Is happiness the only path to a better life? This week, having reached saturation point with the Pollyanna antics, I thought it was time to ask if pessimism doesn’t also have its place.

Me, I was born a sad sack. My default setting is “deeply emotional”. And frankly I’ve always found sadness rather rewarding. Sometimes I’ll come home on a Friday night, open a bottle of red, watch some SBS news, put on Martha Wainright and wallow. It feels deep and true and real and is often creative.

Further, saccharine types can drive me mental. They’ll be chattering away in the high-octane affirmative at a party and I almost fall asleep. Where’s the angst, the grist from which their spirit ricochets in glorious discordant colour? Trying to connect with the vigilantly jubilant can be like breaststroking through fairy floss.

As I found this week, the latest research is swinging around to this vibe, too. The Australian Science Journal recently reported that negative moods trigger more attentive, careful thinking and broody types cope better in demanding situations. In Smile Or Die: How Positive Thinking Fooled America And The World, Barbara Ehrenreich defends deep, dark, angry emotions in the fight against cancer.  And a University of Michegan study this year found while Russians brood more than Americans, they get less depressed. In fact, the brooding protects them from depression – it allows them to emote from a self-distanced perspective. So they don’t get attached.

In fact, it’s our attachment to happiness that explains why many people like me are so over trying to be happy. Two studies published last month found the more you try to be happy, the less likely you’ll attain it. Dramatically so. In one of them, a group were asked to read a bunch of bogus newspaper articles extolling the virtues of happiness; another group read articles extolling other values, such as “making accurate judgments”.  Both groups were then made to watch a happy movie. The former were unable to elevate their mood. The study showed pressure to be happy makes it harder to see the actual positive events in front of us. Presumably because when happiness is the focus, we’re reminded of where we’re lacking. Which is always depressing.

Although nothing a balanced dose of Martha Wainright won’t fix.

PS. no info sharing, no spam, promise.
You might also like…
sunday life: walking meditation...have you tried it? November 14, 2010 sunday life