the importance of being smart, single...and vulnerable

Over the past week debate has been raging about a few studies and op-eds that – sigh – tell us that women who are smart and successful don’t score blokes. What do we all think of this? 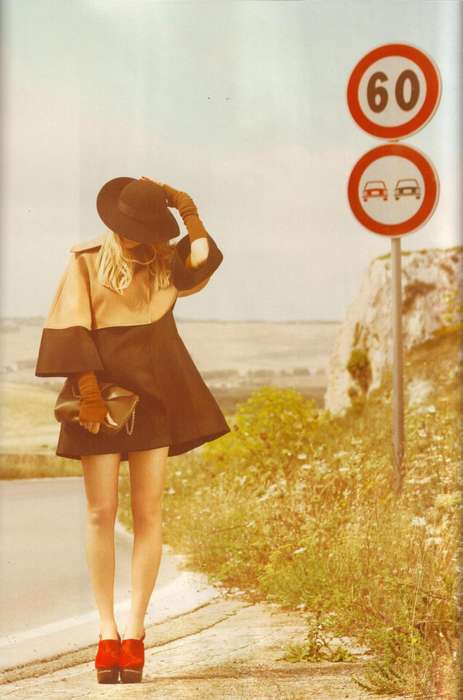 This Psychology Today report says people who’ve always wanted to be successful (since they were kids) grow up to be single.

Then the New York Times waded in with a story about female empowerment killing romance.

Now, as more women match or overtake men in education and the labor market, they are also turning traditional gender roles on their head, with some profound consequences for relationship dynamics.

1. successful women in their 30s who have trouble finding a mate.

2. the alpha-women who end up with alpha-men but then decide to put career second when the babies come.

3. there is also a third group: a small but growing number of women who out-earn their partners, giving rise to an assortment of behavioral contortions aimed at keeping the appearance of traditional gender roles intact.

As much as I can’t stand these types of generalising stories that express a bafflement that things change when, um, we change things, it’s certainly been my experience. (Oh, and I HATE how this gender disconnect is blamed on female empowerment…!!! Isn’t it just because the world is shifting that romance has changed?).

I agree that while women now fight in wars and sit on boards, when it comes to relationships we revert to old-school roles. Women are still attracted to men who look/act like providers  – so they go after men with money. Men still like women who can be good child bearers – so they like chicks with boobs and happy to stay at home (read: not so big career plans).

And men do tend to find fierce ambition in a woman unattractive. There I said it. It’s true. If it’s straight ambition, without any room for vulnerability… room for them…they run. And I say this as someone who pushes 99% of men away inadvertently. Over time I’ve worked out that men balk from smart chicks in part cos it all seems too hard. Being with a smart woman demands a man rise to the occasion.

But it’s also because it leaves little room for the man to be masculine. To be in his masculine role and feel himself.

Not all men. But a lot. Even the men who SAY they like smart women…eventually feel shut out. And go for any easier option. True story.

This is the bit that grabbed me: The NYT piece quotes a woman saying,

“Men don’t want successful women, men want to be admired. It’s important to them that the woman is full of energy at night and not playing with her BlackBerry in bed.”

I agree with the first bit. I always say: men want to be admired, women want to feel taken care of. But I disagree with the second bit. I reckon we can do this admire/look after dance in all kinds of different ways. We just have to inventive.

* a man can be the emotional rock, give his girl’s feet a massage at night, organise the restaurant booking, clean her car for…

* a woman can let the guy open the door for them, show their vulnerability when they’re feeling it (instead of putting up a stoic, “I can handle it” front), tell a guy he’s ace for organising the bbq with friends when she’s had a mad week…

I was at a party on Friday night. 35 guys from Bondi Rescue. And me. These guys all work rescuing people (and many are fire fighters, plumbers etc on the side, too). They are totally fulfilling their masculine roles. They are totally comfortable with their place in a very confusing world. So they don’t find smart, successful women a threat. They’re already “the man”. And can love women just as they come. Which then allows the woman to relax, be soft (if that’s where she’s at) and be her best (and most powerful) feminine self.

That’s how it works. That’s why lots of women I know say, “I just want to meet a plumber”.

And not just cos plumbers work great hours for picking the kids up from school.

Then there was this piece by Amanda Hess on how folk keep writing essentialist trend stories about chick. Worth a read…

I’d be interested to know…smart, successful women…who do you show your vulnerability? Is it hard to do? How do you let a guy “provide”? And blokes – how do you own your masculinity around unreal, strong women?