Sunday Life: a *really* effective way to get rest (and heal)

This week I try Intentional Resting 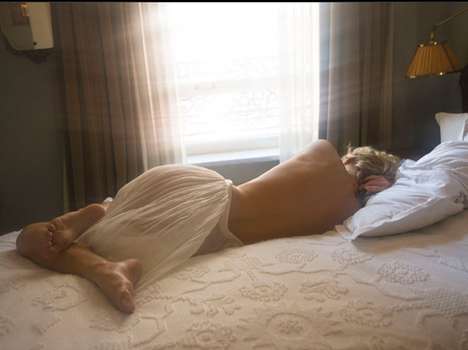 There’s always been something about me that inspires a reflexive need in others – even complete strangers in Medicare queues – to tell me to relax. When you’re not a relaxed person, being told to “Hey, just relax” is like being a leopard and ordered to not have spots. And prompts a largely unrelaxed response. “I DON’T DO RELAXED!” I once yelled at a smug ‘lax pusher. “EXCITED, MOTIVATED, FOCUSED, YES! BUT RELAXED JUST ISN’T PART OF MY EMOTIONAL REPERTOIRE…OK!?”. (Apologies for the loud caps, BTW). I only just restrained myself from pointing out that their suggestion was akin to my telling them to “Hey, fire up and get interesting”.

But slowly, over the years, I’ve released the pressure valve. I was forced to after an adrenal collapse four years ago (although it took a while to get the full gist of the idea; my initial attempts involved climbing Machu Picchu and moving to New York).  In the past few months I’ve turned the decompression dial down even further. I’ve been learning to rest. Rest is a bit like relaxed, but even better.

We all need to learn to rest. We’re certainly all tired. Arianna Huffington argues tiredness is an epidemic and was responsible for the GFC. But sleep alone isn’t enough for maintaining even basic health argues Dr Matthew Edlund, author of The Power of Rest. We’ll get eight hours and still feel like we’re dragging our sorry bums through quicksand. We need to rest as a state of being. Because for most of us our default state of being is frenetic, toggling, never-ceasing activity. We force our way through roadblocks, control outcomes and resist the natural flow of things. So much resistance and… egghhness… is tiring to the core.

When things don’t work out, we force harder. I read that when things don’t work out for animals they curl up and rest. And perhaps try again in a bit.  Funnily, I read this just before heading off last week for a few days break in the Byron hinterland. It rained. And rained. I couldn’t surf. Or bushwalk. So I curled up and rested. Reading in a hammock is resting. A rare afternoon nap is resting. But since I had the time – and was completely, right-down-to-the-calluses-on-my-big-toe  buggered from the year that was – I sunk into the topic deeper to find the best way to really rest.

Which is how I came upon Intentional Resting, a technique developed by Dan Howard after years of trying to find a simple tool “even truck drivers can use”. Howard lives in Utah and “rides mules in the mountains” and wears the expression of a toddler who’s just woken from a nap. We chat on Skype and he talks me through IR. It works like this (you can do it with me now or watch the video at intentionalresting.com): close your eyes and find somewhere in your body or mind where you’re feeling tension or pain. Me, it’s in my neck. Focus on this spot. Now try to fix it. It doesn’t work, right. Now try ignoring it. Again, the tension’s still there. OK, now try saying to yourself, gently, “I’m resting for my neck now”. Hold this awareness for about 30 seconds. Then feel into your body.

As it bucketed down a menagerie of pets outside I test the technique. It works. It’s like I “drop” into rest. Plonk! A bit like the suction-like click of an Apple Mac power cord as you connect it to the socket. When I feel into my body, the tension oozes away, downwards, and a sweetness takes over. On a cellular level, resting abates the tightness and allows our organs to stretch out and heal. And for juiced-up energy to flood in.

I tried doing the same technique but using the word “relax”. It doesn’t work. Relax seems like a bossy commandment. “Rest is a peaceful invitation, to drop into your being,” says Howard. “It’s spacious and allowing”. He says the “now” part of the instruction ensures focus.

Those so inclined can sign up for his 30-day course which shows you how to rest deeper, layer by layer (“resting for the anxiety that’s caused the neck pain”). And then to use the technique to rest through specific issues, like an immune deficiency or anger. As each area of tension rests, you unfurl. And your poor little frenzied, controlled, forced and tired self sighs relief.

Do you rest? Can you? Can you stop and lie on the floor for 20 minutes?

And do you get what I say when I describe that “dropping”? Can you access it? If so, how?

You might also like…
sunday life: in which i learn how to fix a relationship breakdown January 16, 2011 sunday life