sunday life: in which i learn how to fix a relationship breakdown

This week I play relationship games

I’ve just found a word to describe one of the most spleen-tearing, devastatingly destructive relationship scenarios a soul can ever face.  If you’re old enough to read this, you’ve no doubt been there. You’ve stood opposite someone you love, mired in a fight (about wet towels on the floor?) that’s lasted all night. 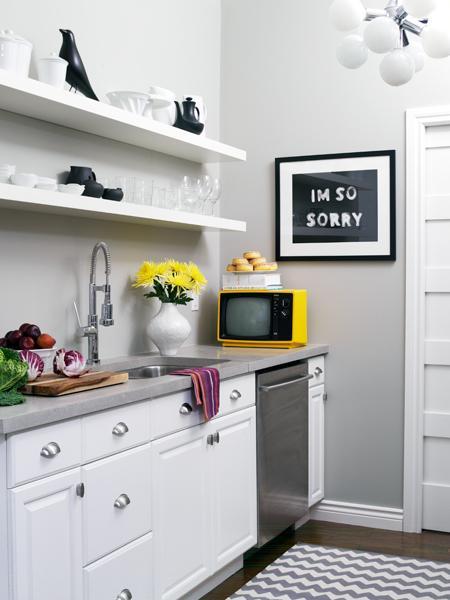 It’s Sunday afternoon and you haven’t slept or left the house and you’ve forgotten what you’re fighting about. Both of you so desperately want the other to give in, but neither can move, paralysed by a need to see a sign of love from the other. If you compromise first you feel you lose. If you don’t, you sink deeper into the stalemate.

You’re in anguish, screaming through tears. You’re due at the neighbours for dinner. But there you are, staring at each other across the boggy, battle-scared Flanders Fields of your disconnect. And you couldn’t be further from peace.

Oh, I’ve been there. And I hope I’m never drafted to another war like it again.

Anyway, the word, from the Yaghan language is mamihlapinatapai, which translates as, “looking at each other hoping the other will offer to do something that both parties desire to have done but are unwilling to do themselves”. Ha! Perfect! The Guinness Book of Records lists it as the most succinct word in any language, and it’s regarded as one of the hardest to translate. Go figure.

I learned this week that this particular relationship scenario is of some interest to game theorists, mathematicians dedicated to solving sticky human quandaries with tactics used in everyday games like cards and chess. Game theory seems to have had a spike in popularity lately, possibly due to it being 60 years since John Nash, as immortalized in the film A Beautiful Mind, devised his Noble Prize-winning theory the Nash Equilibrium (a point in a relationship from which neither party can escape independently without landing in a worse situation). And so it was that I shared a peppermint tea with Australian-born game theory writer Len Fisher, author of Rock, Paper, Scissors, who explained to me strategies for negotiating through the grimmest of relationship stalemates. So I’m never drafted again.

Fisher, a delightfully exuberant physicist known for calculating the best way to dunk a biscuit explains that most breakdowns are a result of a lack of communication. Not in the psychobabble sense. But literally. A lot of relationship stalemates are described, aptly, by game theorists as examples of The Prisoner’s Dilemma. The gist of which: two partners in crime are being interrogated in separate cells. They’d agreed prior to plead not guilty; doing so gets them off on a lesser charge and two years in jail. But they’re told separately that if they rat on their partner, they’ll go free; their partner will get 10 years. If they both rat, they get four years each. The dilemma they each face is that if they don’t rat, and trust their partner and their pact, they’re vulnerable (to ten years behind bars).  Which takes a lot of faith. And sacrifice. Of course, if they could communicate, they’d be fine. The challenge, says Fisher, is to always find a way to communicate. To reinstall equilibrium.

Love is the same – it’s about sacrificing self-interest and having faith the other will do the same for the sake of the third party, the partnership. The problem is, so many of us these days have been burnt by doing so in the past, unlike in our grandparent’s day when they entered the pact naively – younger, with less battle scars. So throwing our hearts into the unknown and prioritising cooperation is riskier now. But, says Fisher, if we can find a way to communicate – to step outside the cell walls – then we can reinstate the pact safely and not get fooled by the prosecutors’ tricks.

But what if we’re communicating, but not getting anywhere? Fisher says game theory proves the best solution – wait for it – is to go first and leap anyway.  Astonishing! But why does this work? Because, to use game-speak, it demonstrates credible commitment, which instills trust, which eventually reinstalls equilibrium.

The question I have…how many of you are good at going first…caving in…softening….putting the relationship before your ego? Me, I’m not so good!

You might also like…
Sunday Life: how to stop being distracted and live in the now! January 9, 2011 sunday life