why having a good career leaves women single: explained with a study

I wrote about the “special problem of intelligent women looking for love” a little while back. It picked up on what a lot of us are noticing. That women, despite being informed to the contrary, can’t have it all – career, kids and a frightfully successful career. Mostly because it means doing it all. Which is killing us. But also cos it’s disrupting age-old male-female, ying-yang dynamics. 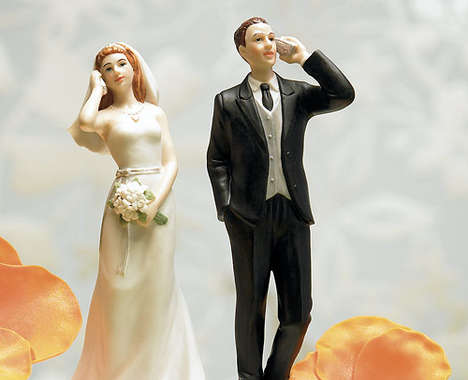 I look around my ‘hood. Things are weird. This is what it looks like:

* lots of hot women with super careers in their 30s (at their career peak) who are single. And who’ve been single for yonks. Yep, they left settling down until after they got their career sorted…but that’s only part of the problem. Cos surely men were doing the same? And are in the same position? But, no….

* men haven’t so much disappeared as, well, changed their tactics. Around me, there are lots of single hot men in their 30s/40s… on dating frenzies, not wanting to settle down. Cos they don’t have to. Why? They have 20934 single women lunging at them, 20-year-olds through to women in their 40s. They’re Peter Pans. With too many options. They don’t have time to think about settling and committing. The frenzy of women in their immediate orbit is too distracting. Men are distracted easily by this kind of frenzy.

* BUT these men aren’t happy because they’re not being real men. They’re denied the opportunity to pursue, to go after the woman they reckon is perfect for them. That’s because they’re being pursued by women. Why? Cos everything is out of whack (women are used to chasing things and get impatient when men don’t approach, but also because the men aren’t pursuing.. cos they don’t have to….and it goes around and around). And so men feel emasculated by this. Because men are meant to be the hunters.  The peacocks who do dances and display their prowess to women, to earn female trust and affection. Since the cost of partnering is higher for women, they must be fussier and sit back and weigh up their options. This is a biological imperative.

* women are equally defeminised by these contemporary shifts. Because they don’t get to be the pea-hen, pursued and courted and desired.

And so we are in gender-lock. As an old guy who does yoga down the beach in the mornings at the same time as me said last week, “It’s like men and women today aren’t even seeing each other”.

Because we’re not in our feminine/ masculine power. We’re outta whack.

Anyway, a new American book “Premarital Sex in America: How Young Americans Meet, Mate and Think About Marrying” has just come out and is adding to the debate. It says:

Women are going ace-guns in their careers…but this success has come at a great cost to women’s sexual bargaining power. The upshot: we’re not pursued by men…we now do the pursuing, which tips the relationship power to men…which is not a good thing. Women should be holding the cards. It works better this way.

The authors – researchers Mark Regnerus and Jeremy Uecker of the University of Texas at Austin – based their conclusion on data from four national surveys. The cold-hard truth is that women’s successes have left them with a small pool of similarly educated and financially stable men, they say. “It’s created an imbalance that tips relationship power in the direction of the men. Instead of men competing for women, today women feel like they must compete for men.”

Salon did an interview with one of the authors Mark Regenerus. Here’s some interesting points. Some are rather essentialist, but I have to say, I agree with the drift:

On men holding the sex cards: (Due to fact more women have uni degrees) women wind up competing with each other … to attract men (with equal uni smarts). How do you compete with other women to attract men? Well, sex is the way to get his attention. It’s the opposite of a cartel effect where women would say, “All right, we need to band together and artificially restrict the price of sex and get it high, even if we don’t want to, in order to extract things from men.” It used to be women would shame each other for selling low.

He then offers this controversial advice. Which we’ve heard before with all those experts preaching “settling”, and the experts who preach “no sex until he puts a ring on it”: I don’t think it’s in women’s interest to play the field for a long period of time. It can get depressing, not only about their relationships but to see the pool of men in their 30s who are available. My advice is if you find somebody who you love and who loves you, make it work, whatever it takes! To always think that something better is down the pathway, you might be mistaken.

I think it’s a bad idea for women collectively to compete with each other for men and to just sort of say I’ll do whatever it takes to be in a relationship with men. Women need to somehow reacquire control over the direction of relationships. They feel like they don’t have control. They feel like he calls the shots. That is most unfortunate. Part of that, I think, involves — and this is what some women don’t want to hear — the artificial restriction of sex until later in the relationship. You might not feel like doing that but it’s for a greater future goal. Men who have sex early in a relationship feel little impulse to make strong commitments. Women desperately want that to not be true, but it is. Men and women make relationship commitments very differently. It doesn’t sound modern and it doesn’t sound natural, but I don’t care what it sounds like, I’m telling you how things work. Giving it away early gives a great deal of power to him.

I guess after all this, it must be asked, where to head to? What to do if you’re single and caught in this gender-lock? My sense is that it’s best to be graceful and access one’s feminine or masculine power, regardless of what’s happening out in the world. Eventually, this will win out. Regardless.

What do you reckon? Does all this old-fashioned speak irk you? Or is it a relief to hear it put this way?