sunday life: a reality check with Nick Vujicic (and a lesson in helping others)

This week I get over myself 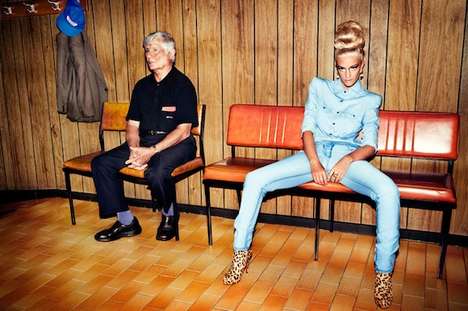 Is there anything more refreshing than a good ole “get over yourself” whack to the noggin? There you are having some first-world, self-righteous, control-freakish throw down  – your latte arrives cold and made with non-chemically decaffeinated beans, you have under-thigh burn because one of the kids left the heated car seat dial on high – and someone mentions their baby has cancer. Or that they’ve lost their business. It makes us pull our head in. And get perspective.

Recently we got a collective whack. There we were, complaining about a $179 parking ticket (as I was) or a broken toaster or whatever, and footage started rolling in of Queensland families who’d lost everything – the car, the toaster, their livelihoods and loved ones. It was insta-perspective.

I think we enjoy these whacks. They pull our greed, our negativity and our listlessness into line and remind us what life’s all about. They build a bridge so we can get over ourselves and onto more grounded pastures.

This week I enjoyed such a whack. On Tuesday I chatted with Nick Vujicic, a Californian-based Australian motivational speaker. Vujicic ‘s 27 and has no arms or legs. He was born this way and now travels the world trying to remind people how to get over themselves.

Or, as he puts it with the subtitle of his new book Life Without Limits, he reminds people “How to have a ridiculously good life”.

It’s not until I chat with Vujicic that I appreciate the full blow of the perspective he brings. His carer has to lift him into the chair; he has to use his head to move around. He was banned from attending a mainstream school, but graduated in accounting at university. He has no hands (only a small left foot with two toes), but can type 45 words/minute. He can surf, scuba dive and travels to dozens of countries a year to speak to disadvantaged communities in regions anyone with four limbs would struggle to navigate. And he considers himself blessed.

“I used to cry out to God, this is unfair. If you exist, why don’t you give me arms and legs?” he tells me. “Now I’m glad he didn’t answer my prayers.”

It’s this I want to explore with him. This path he’s obviously found out of the dark place many of us visit at times in our lives (as he did, almost fatally as a teen), when life seems so damn unfair and we honestly can’t find a reasonable answer to the lament ‘why me?’. The path is two-fold, he says.

First, it’s about accepting there’s a reason, a higher purpose to whatever difficulty we might be enduring. He tells the parable of the blind man who cries out ‘why haven’t you given me sight?’ and is told that it’s so God can reveal himself. Which I interpret in my secular way to mean that it’s through our very difficulties and limitations that our purpose is revealed. That it’s through our rallying against the difficulty that we rise to our potential.  We lose our job, forcing us to become the freelancer we always dreamt of being. I know I got sick a while back to learn humility. Our setbacks are our gifts. “We realise we’re not mistakes,” Nick says. Ergo, it all makes sense.

The second path kicks in when we’re at our shittiest and can’t see a greater purpose (and would like to sock it to anyone who tries to point it out to us). At such a grim juncture we must help someone else, he says. “If you can’t resolve your own issues, be the solution for someone else. If you don’t love yourself, then give yourself away.” Listen to another’s problems, be a friend when you need friendship yourself. We’ve heard it before – studies show that acts of charity are the most effective way to get happy. But as I chat to Nick I appreciate the true guts of this advice.

It’s not a mere diversionary tactic (feed the homeless until you get back on your feet). Our greater purpose is precisely to help others. I don’t mean this in a Pollyanna-ish way. I mean, that’s what gives us our greatest kick. It’s what moves us forward emotionally and spiritually. We are all mirrors to each other, sharing what we go through so we can get over ourselves and move onto more grounded pastures.

PS. no info sharing, no spam, promise.
You might also like…
sunday life: in which i go bush to write my book! February 13, 2011 sunday life