sunday life: in which i go bush to write my book!

This week I do creative work 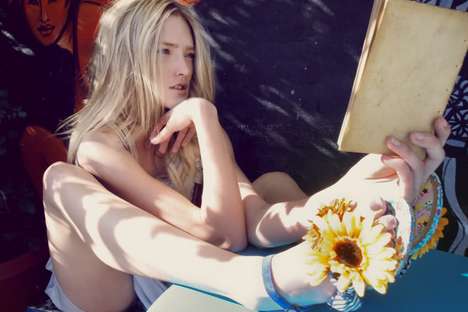 I’m not sure why, but I think I’m going to feel better for sharing the following with you. I’m writing a book. But here’s the thing. I was commissioned almost a year ago. It’s due next month. But, oh my, I’ve not written a word. At least not one fit enough for print.

Seriously, a whole year has passed as Henry David Thoreau once said (about life in general),

“frittered away by detail.”

That is, getting back to people, paying parking tickets and working through bottomless to-do lists. And that magical day when I “finally get on top of things” and can focus on creative outpouring keeps getting pushed back and back.

I think it’s a fact of modern life that no one gets anything done anymore. Anything of worthwhile, creative value.

Productivity expert Jason Fried spoke at TED.com recently about how work doesn’t happen at work now; it gets done on the train, on weekends and when we come in two hours early before the email avalanche descends. I was talking to my friend Kerry, a CEO of a charity organisation. “I need a long plane trip to come up soon,” she said. “So I can get my mid-term report finished.”

This is how we get our meaningful work done, because our “working days” are completely shredded up by interruptions and meetings and we never get the momentum and locked-out languid space required for creative stuff. But it’s the creative stuff we’re all crying out for, isn’t’ it! It’s the reflective report, the well thought-out blog post, the inspired company mission statement we all want to be measured by. It’s what makes work worthwhile and our lives meaningful. We. Just. Need. To. Learn. How. To. Get. To. It.  And in my case, quicksticks.

A big part of the problem is that most of our day is spent doing what Scott Belsky, author of Making Ideas Happen, calls “insecurity work” – keeping our inbox clear, checking Twitter, rewriting to-do lists. We succumb to insecurity work because it’s instantly gratifying, and it quashes the general nervousness I think we all feel at our core much of the time. And so we fail to “sharpen the saw”, as Stephen Covey put it in Seven Habits of Highly Effective People. Covey described the woodcutter frantically and ineffectively working with a blunt saw and getting very little done. He’s too busy to stand back and take the time to sharpen it.

This week, though, desperation saw me stand back. And sharpen.

Getting creative work done is mostly about finding languid, uninterrupted space. Fried stresses booking out time for this in your diary. And then not focusing on getting things done, rather, the process of exploring. And witnessing what’s created.

Another approach is indeed working where we’re not meant to and when we’re not meant to – on public holidays, on a park bench down the road. Leadership evangelist Harrison Owen observed most creative ideas at conferences happen in the coffee breaks and advises his clients to proactively seek out these kinds of unexpected “fringes”.

“If you are in difficulties with a book, try the element of surprise: attack it at an hour when it isn’t expecting it.”

As it happens, I nutted out my own book proposal one hot, sticky night when I couldn’t sleep. I got up to make a chamomile tea, saw my open computer and wrote it standing naked in the kitchen, start to finish, inspired and riding the wave. On Tuesday I lingered in my car, instead of dashing into the office, and scribbled out this very column. Locked-in and languid.

It’s precisely this off-kilterness and spontaneity that’s conducive to being creative. It works because it’s a change of scene, which jolts the creative spirit awake. Ah! Something fresh! It’s also a kooky pause. A space off the beaten 9-5 track where ideas can pour in as they need to.

“To walk inside yourself and meet no one for hours — that is what you must be able to attain.”

He acknowledges it’s bloody difficult, but that it’s our very rallying against this difficulty that forces spontaneous creation.

To this end I’m booking out three months in my diary and heading bush, to the fringes, on my own to write. I guess it’s a good thing I’m dead scared.

PS. no info sharing, no spam, promise.
You might also like…
sunday life: how my slouch is making me sad February 6, 2011 sunday life