Sunday life: how to fix procrastination

This week I try self-binding 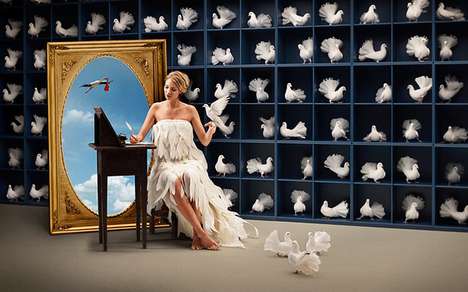 Apparently, Victor Hugo wrote nude. Which is not a pretty visual.

The writer also used to instruct his butler to hide his clothes so he couldn’t head outside for a wander when he was meant to be writing. Which makes me think, if only I had a butler. This column would’ve emerged in half the time and without ingestion of the following: a packet of wasabi peas, two pots of green tea (requiring a descaling of the kettle first and four visits to the loo), three spoonfuls of cashew spread straight from the jar (requiring seperate trips to the kitchen) and, regrettably, a dozen rounds of Angrybirds.

Writers notoriously struggle with procrastination, which is why there is so much written on the topic. Dailyroutines is a site dedicated to the tortured approaches writers implement to beat the tug of manana. It chronicles a litany of rigid techniques – John Grisham used to get up at 5, at his office writing by 5.30am; Kingsley Amis wouldn’t shower or dress until he’d written a certain wad of words.

In the past few years, though, a ream (?) of academics have taken over the struggle, presumably to find a solution so they can get on with their dissertations. Professor Piers Steel, in his recent book The Procrastination Equation, says 95 per cent of people procrastinate, 20 per cent of us are chronic procrastinators and that this figure has quadrupled in 24 years, largely due to the unbounded distractions of the internet. The New Yorker recently described putting things off as “the quintessentially modern problem”. I think most of us would agree; it plagues us.

The newest research, however, has found procrastination has little to do with a lack of willpower. Which I guess is good news because that makes it sound like it’s not my fault that I’m still toggling to check my blog traffic as I write this. Steele explains when we dither it’s because our two decision making-centres – the prehistoric limbic system (which makes impulsive, delaying choices) and the neo-cortex (which can look ahead to the future consequences of doing so) are having a go-nowhere tug-of-war.

So what’s the solution if it’s not pulling your finger out and trying harder? Judging by the research I’ve been sidetracked with this week, it’s about self-binding. That is, creating your own boundaries, like having hired help hide your clothes or tie you to a ship’s mast (as Ulysses famously did to stop himself from being lured off track by those damn Sirens). Behavioural economist Dan Ariely speaking at BigThink reckons humans like being bound. He did an experiment with students where they were given the choice between handing in all work at the end of the semester, or having individual deadlines dispersed throughout, but with penalties imposed if these individual deadlines were missed. The students chose the latter, despite the risk of penalty. That’s how much they preferred being bound.

As I found this week, all kinds of gizmos are emerging to help us self-bind. SnuzNLuz is an alarm clock that, when you hit “snooze”, donates money to causes you hate. This week I paid $10 to download Freedom, a web program that blocks the internet for up to 8 hours. While I was at it, I also downloaded Anti-Social, which selectively blocks your social media sites only. Curiously it costs $5 more. Nora Ephron, Dave Eggers and Nick Hornby all use Freedom, which comes with the tagline:

Did I experience enforced freedom? Yep. There’s a certain relief to be gleaned from not being contactable nor able to do “just a little bit more extra background reading“ before starting a job. Like going on a work trip where there’s no phone or internet reception. At first you’re outraged. Then you see it as a blessing.

Once Freedom was installed I sailed through the rest of this column. I didn’t move. When I wavered, and tried to toggle over to Twitter, the program screamed at me, “Freedom will not respond until your offline interval expires!” Just like my very own butler.

I’m reminded of something my meditation teacher Tim says to me when I whine about not having enough cash to take off to Bali. Or having to work over a weekend. “Ah, you’ve been rendered choiceless,” he says. He’s said it a few times, and always in a tone that indicates this is a good thing. I guess it is.

PS. no info sharing, no spam, promise.
You might also like…
Sunday life: I quit sugar February 27, 2011 i quit sugar, sunday life, what i eat