sunday life: what am i good at?

This week I do an IQ test 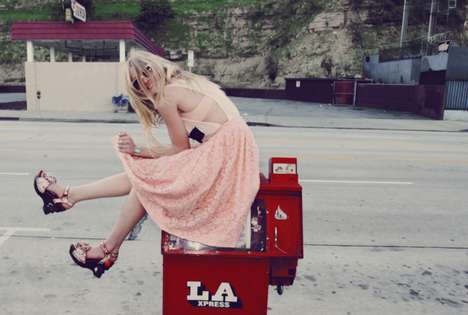 A gnawing feeling that we’re big, fat frauds is common to the human experience, I believe. Mostly we’re just waiting for someone to work out that, actually, we have no idea what we’re doing and that we’re crap at what we do.  Michelle Pfeiffer once said, “I still think people will find out that I’m really not very talented. I’m really not very good.”

Stephen Fry is the pin-up for fraud complex, and confesses in The Fry Chronicles that behind his mask of ease and assurance he is “chronically overmastered by a sense of failure, underachievement and a terrible knowledge that I have betrayed, abused or neglected the talents that nature bestowed upon me”.

I have another theory: those who seem least fraudulent, determined to never reveal their mask, are in fact the biggest frauds and the most crappy at what they do. They just have more at stake in putting on a convincing front.

For the more transparently fallible among us, though, the question, “am I actually doing what I’m meant to be doing?” can plague us our entire lives. Is there anything more despairing than being an accountant for 45 years when you were actually destined to bake novelty birthday cakes? I don’t think so. As an annoying 16-year-old I tried to avert such a calamity by cold-calling people working in professions I thought might suit me and asking them if they liked their job and did they think it would suit a young person such as myself (cringe!). I rang a bunch of lawyers, local MPs and an architect. (Please, if you’re a teenager thinking of doing the same, can I advise command you don’t. It’ll be clear why in about a decade.) I clearly didn’t heed their responses – I set off and studied law and politics.

Thankfully today there are smoother ways to assess your vocational destiny – Aptitude tests.

Aptitude tests are like IQ tests (which have received a bad rap of late for absurd inaccuracy; George W Bush, for instance, is estimated to have an IQ over 120), but go deeper and cover a range of aptitudes and variables. I’ve always wanted to know whether I got it wrong and was meant to be a briefcase-toting, legalese-proficient bureaucrat, so during the week I sat a three-hour aptitude test with Istvan Schreiner at the Comprehensive Psychology Assessment Centre.

Like many of the newer evaluations, theirs combines portions of eight tests – a best of collection. Dr Schreiner gets me started with several stress tests. Despite my best, competitive efforts to answer in a laid-back manner, I come out on the higher end of the worry quotient. In the personality and impulsiveness tests, which consisted of fast multiple-choice questions about random scenarios (such as locking windows when you go out), I emerged as a painful concoction of “highly emotional”, restless, over-enthusiastic and honest (brutally so), with “little need for safety and security” (I clearly flunked the locking the windows question).

Two scales were used for the IQ section. I came out the same on both. Although, the fact that I love word association games and was a maths tutor might have skewed things. And the fact I can play Tetris for eight hours straight probably assisted me in the block design part of the test (where you rearrange blocks to make certain patterns). My Suduko addiction would also have limbered my brain for the matrix reasoning bit (where you identify the next sequence in a pattern).

Finally, the vocational tests. It would appear I would not make a good Royal Guard (leaving aside my lack of security aptitude) or widget maker. Dr Schreiner’s report tells me, I “dislike formality, structure and direction from others”.  “Ms Wilson is likely to become easily bored and rebellious when told all the time what it is that she should be doing.” Amen, say all my former bosses.

My main preference is “altruism” and “prestige” and I have “culture” and “managing” orientations. Which, when tallied with all the other results equates to this: “Ms Wilson would most likely find a career in journalism, creative arts, law or teaching the most rewarding”. Fancy that.

Does knowing this make life better?  I was strangely, gently comforted to learn that despite my best worrying and fretting over my fraud complex over the years, I wound up exactly where I was meant to. I just wish I could’ve told my 16-year-old self this.