a chat with Hugh Mackay about getting creative (sunday life) 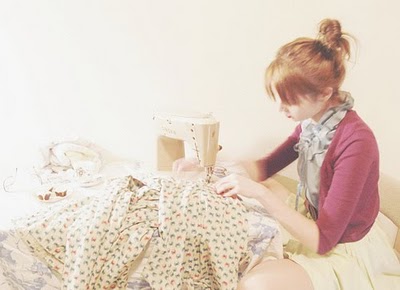 Every now and then I use the auspice of this column to meet people I’ve always wanted to sit next to on a long plane trip so as to pick their brains for fatty morsels on how to make life better. It’s not a bad perk of the job. So, on Tuesday I arranged to have afternoon tea with social researcher and ethicist Hugh Mackay.

Mackay is a man whose values and considered opinions I’ve gravitated to since I was a kid, like a little mollusk to a sturdy pylon in rough, swirling waters. He’s spent more than 50 years observing and reporting on what matters to Australians, the fatty morsels from which he’s collated in his latest bestseller “What makes us Tick“, I figure, as we order sencha, he might be able to answer this: what’s the one thing that works?

Having interviewed tens (if not hundreds) of thousands of Australians and spent decades reflecting on his own sense of wholeness, this is what he reckons makes for a better life: Being creative. And often.

We both agree that the pursuit of happiness is not much chop when it comes to determining a better life. It’s fleeting and only one emotional expression among many on the spectrum. A satisfying, full, purposeful and whole life is what we’re all after and to achieve this requires knowing ourselves, our true, “inner” selves, which is something Mackay and I both agree on, as do a long tradition of philsophers, theologians and eastern spiritual types. And the shortcut to this? Being creative.

Painting, singing, gardening, playing the glockenspiel, finger-knitting: it’s pleasurable. But more than that it exposes ourself to ourself. When we’re creative we naturally narrow our focus and distractions are shut out. Time disappears; we’re in flow. And from here stuff is able to bubble up, stuff that really is the self expressing itself.  And so, as we swirl the paint around, mindlessly, we appear on the page. Carl Jung once built is own house and described his creation as “the representation in stone of my innermost thoughts”.

“When I’ve spoken to people who write or paint, they say they don’t know where the idea came from…it just emerged,” Mackay says. “What emerges is always revealing.”

“A book must be the axe for the frozen sea within us.”

Reading or looking at art, but writing or painting even more so, thaws out the layers of façade and rigid thinking and reveals what we’re truly about. The real “us”. And can there be any other more valid point to life than knowing thyself?

Of course what bubbles up from the deep recesses might be crud. But even the crud reveals something. Me, I’ve found it hard to be creative in the past few years (decades?).  I guess I have a creative job. But being creative for the sake of just seeing what comes up, with no expectation, no deadline, no intention of displaying it to others or being perfect? Dancing with no one watching? Writing to burn what I’ve written? I’ve felt it doesn’t have any productive point.

But this week I fought the resistance. I wrote some haiku poems. I ignored the requisite weather pattern inclusion and I didn’t post the results on Twitter (which has become quite a hashtaggy pastime for some). They were mostly about my desire to flee. Which was revealing, I guess. I also picked flowers and arranged them whimsically in random vessels, mostly salvaged from the recycling bin. The result was uneven and mismatchy and very unflowery. Which I think says a lot about my true desire to abandon order and the safety of rigid patterns.

The resistance to doing something crazy and creative was very present. Mackay finds the same. He has two tricks. First, he walks. “The motion seems to settle me into the creative space.” Second, he joins groups. He belongs to a Wednesday night choir group. He resents going, resists the whole way. But after ten minutes, he settles and can sink into the creative space. “Ritual and setting up structures that get you to commit is important.”

Does he have a tip for those of us who produce only crud? “Practice, go through a struggle or paint something else over the top. That in itself is an exploration of yourself.”

How are you cruddily creative? Artistic for the sake of going deep? I’m sure it says a lot about who you are!