possibly the most reassuring advice I've been given (sunday life)

This week I realise I’m a scanner. Which is to say, I realise my chaotic, excited way of being, and all the dreams I juggle, makes sense! 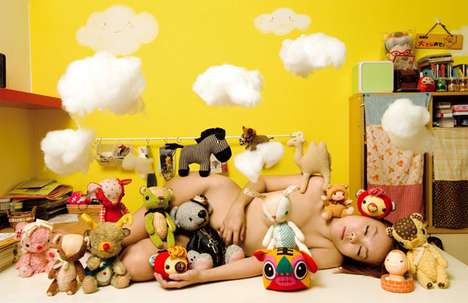 On Tuesday I got great news. All these years I’ve regarded the crazy array of careers I’ve dabbled in (restaurant reviewer, political speechwriter, TV dollybird, magazine editor and so on with no discernible theme), the disparate topics of interests displayed on my bookshelf (evolutionary biology to typography), and the endless hobbies I engage with, as signs of a weak, unfocused character. I’m a spray gun! A jack of too many trades and master of jack shit! A dilettante!

But Tuesday I was told I’m none of those things.

New York-based author Barbara Sher, who coined the term, reckons I’m a classic case. A scanner, she tells me, is genetically wired to be fanatically interested in multiple things at once. “You love everything, right!” Well, yes. “But you get bored and go off on tangents! And you think it’s bad that you keep quitting things and moving on!” Yes, yes, I do! “Don’t! Have some fun with it instead!”

At 75, Sher’s written seven bestselling books, including Refuse to Choose! (a comfort manual for scanners), travels year-round on the speakers circuit (and is regarded as the godmother of self-help; the Observer ranked her in their Top Ten Self Help Gurus list in January), reads geography texts and spends spring in Turkey teaching e-commerce to village weavers. She breathes scanner theory.

Until the mid-1950s, scanners ruled the parlors and dinner parties with their erudite contributions on poetry, music, politics and science. From Aristotle to Asimov, generalists were people you wanted in your circle. Sher says the space race changed that. Funding to the liberal arts was cut and specialising (specifically in science and technology) became de rigour, while scanning was seen as irresponsible and somehow flabby.

Sher says scanners have come to doubt themselves terribly. We can’t decide on the one career path, because what if it’s the wrong one. We frantically think we need to focus, become an expert in something, but get bored when we have to do anything twice.

Do everything and don’t finish any of it.

If you’re a scanner, such an idea has a delightfully twisted appeal, doesn’t it. Sher suggests keeping a “scanner daybook” in which you jot down every idea that excites you. I usually skip bits in self-help books that require taking out pen and paper, but this week I gave her daybook a crack. All the flotsam of potentialities that bounce around my cranium – ideas for radio shows, a herbal tea concept, a poncho product with profits going to a Peruvian village – got a fresh page each. I fleshed each one out, adding layers of revenue leverage and so on. Then I moved on to the next hair-brained project. Scanners are often very frustrated folk – they feel they’ll never get to all their ideas in one lifetime, which stops them from starting any, which in turn leaves them feeling resentful about the endless stream of exciting ideas that bubble in their brains. But this technique legitimizes the idea-forming process. And funnily enough, it was enough. Just fleshing them out satiated me. Who knows, one day I might come back to that charity poncho idea.

“Scanners are often deluded about how indepth their interest goes,” Sher says. Often we just need to play out the idea. Then move on. Or stay in a job right until the moment we stop learning. Then quit. “Scanners learn fast and need to move their passion onwards. A bee doesn’t hover on a flower if it draws the nectar quickly. Its passion isn’t the flower, it’s gathering nectar.”

Of course, we all have to finish stuff we start and hold down jobs. The godmotherly guru advises getting tasks finished by working in short sprints and developing a “scanner bag of tricks”, like taking notes of the banal conversations overheard from your dreary cubicle as you finish your annual report. And she suggests seeking out jobs that require generalist, pick-the-best-bits-and-reconfigure skills – from freelance writing to catalogue compiling. Or creating your own job, like the guy who wrote the ebook 100 Way to Get Rid of Moles and Gophers. He had no interest in moles or gophers, but liked interviewing people, compiling information and solving problems. He interviewed people he saw out watering their lawns, got their tips and put the best 100 in a book. Scanner genius!

In all seriousness, this IS possibly the most reassuring life advice I’ve been given. Do you relate? You a scanner… and do you need to be reassured that it’s OK to flit and not choose and to do it all…? Or do you do it already? (Bloody insightful of you if you do!!)