the philosophical joys of a slow cooker

This week I buy a crock pot 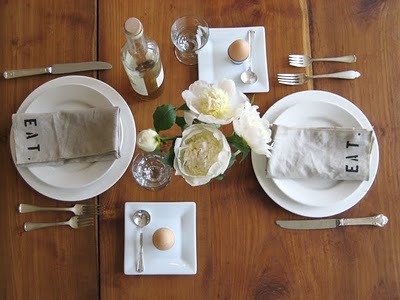 I’ve just finished reading Carl Honore’s cult read In Praise of Slow. It’s been out a while – the best seller (it’s also one of Arianna Huffington’s favourite reads) that was largely responsible for bringing the fashionable Slow Food movement to the time-poor masses, was published in 2004. But that’s OK. As Slow proponents say, everything in the fullness of time.

Slow Food, which began in Italy in 1986, is an aesthetic exercise in taking your languid time to truly indulge in the mastication process. It’s about long lunches in Tuscan courtyards with an old guy at the head of the table wearing a Dolmio-ish grin, eating truffles that were foraged that morning and rabbit stews that’ve bubbled on the stove for days, and imbibing wine that’s been foot-crushed by the neighbour’s elfin children. It’s quaint and rich and mindful and everything eating should be about.

I have to admit, I had this picture in mind when I found myself picking up a crock pot, or slow cooker, at Kmart recently for $35. I’m generally highly skeptical of kitchen appliances that cost $35 at Kmart. They wind up in corner cupboards, impossible to get at, never to be used again. But I’ve been surprised. Mine has been a fixture on my kitchen bench for three weeks, pumping out osso buccos and chilli con carnes at a fiercely slow rate.

Also surprising is that slow cookers are actually far from being a fashionable exercise in slow eating. They’re more a highly perfunctory, no bullshit operation in getting food onto plates. Our mothers and grandmothers had slow cookers, slightly cumbersome crockery cooking vessels that sit inside an electrically heated shell that heats food at a low temperature –  about 77-90 C – over the course of the day. The idea is that you dump in the ingredients in the morning, press start and come home to a done dinner.

I guess there’s a certain fashionably recessional chic and nostalgic flavour to them. A few of my trend-forward friends have taken to picking them up at op-shops and a number of culinary brands have come out with crock pot insta- sachets. Slow cookers are also perfect for stews using old-school, cheap cuts of meat – shanks, chuck and blade – which have had a resurgence of late.

But the coolness stops there.

These things are unfathomably daggy. There’s no finesse involved; you literally dump all the hacked up ingredients in at once – no julienning of heirloom carrots, no sweating of wild mushrooms. Most recipes call for liberal dashes of Worcestershire sauce, fruit chutney and… white pepper (who knew they still made the stuff)! Not for retro effect, but because they’re the best way to up the flavours in long haul stewing. As I told my Dad over the phone: “It’s Dad-let-loose-in-the-pantry cooking!”

Plus, as the various slow cooker websites extol – and this pretty much sums things up – they’re perfect for potluck dinners. Hoorah! Simply pick up the crock and tote across town; the food stays warm in transit. Don’t forget the Chablis!

I contemplated getting a pressure cooker instead, which has also developed a fresh parochial following of late. ABC news presenter Jaunita Phillips published the book A Pressure Cooker Saved My Life last year following her love affair with hers. They’re similar in concept, almost as retrospectively daggy (I particularly like the fact they have what’s called a “jiggly valve”), but are fast instead of slow. I guess philosophically I’m more attracted to the slow cooker. Doing anything slowly just seems nicer these days than cranking up pressure. We have enough of that. Slow cookers are also incredibly energy efficient. Plus, cooking stewing meats at lower temperatures is best. Top chefs like Heston Blumenthal are proponents. Long ‘n’ slow preserves the enzymes in the meat and softens the connective tissue.

But you know the most wonderful thing about this week’s slow cooker experiment? The “dinner done” factor. There’s just something so satisfying about having a comforting evening meal sorted by 8am in the morning. You actually can’t fiddle with it (removing the lid disrupts the process). You just have to let it be and get on with things. It’s a truly fuss-free, no-frills way of getting stuff done.

Sometimes I think we need more of this than we do sweated wild mushrooms.

Are you a slow cooker? What are some things you do with yours?

And just as a question I’m contemplating in my book…slow…does it work? Does it appeal to you? Do you try to go slower in the face of the cult of speed?

The IQS Slowcooker Cookbook is the most popular book in the IQS Store and has just been launched in print! Yep, a real life hold-in-your-hands book that you can cook from. Grab your copy.

PS. no info sharing, no spam, promise.
You might also like…
Tuesday eats: more gluten-free recipes! April 19, 2011 what i eat