where women go wrong: they give away their feminine power

Satoshi Kanazawa, evolutionary psych and author of Why Beautiful People Have More Daughters came out with some statement this week that men typically lie upwards and women typically lie downwards.

He uses this argument to then highlight a point I think he’s rather proud of: the one thing that women don’t realise about their feminine power… 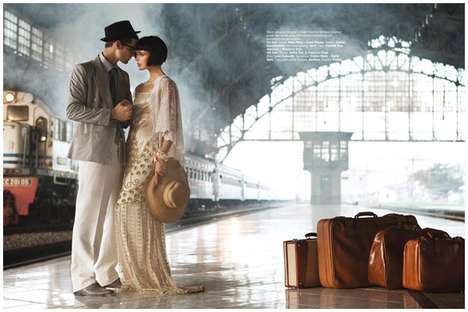 They actually have more of it than they realise.

It is true that, in all human societies, men largely control all the money, politics, and prestige.  They do, because they have to, in order to impress women.  Women don’t control these resources, because they don’t have to.  What do women control?  Men.

Men pretend that they make more money, are taller and have had more sexual partners.  In contrast, women pretend that they are younger, lighter and less sexual. In a word, less. He points out (apart from height) these dimensions only increase with time, so women lie and pretend to be what they used to be before in the past, whereas men lie and pretend to be what they will be in the future.

The females of all mammalian species, including humans, always have more power than the males, and, in every human society, women are slightly better off than men are.  If there is anything that is bad or unkind to women, it is the space-time continuum.  The uniform and unidirectional progression of time – where time only moves in one direction and all of us uniformly get older – is the only thing that is detrimental to women and beneficial to men.  No matter how much they wish, women cannot reverse the course of time; they have to get older, heavier, and have more sexual partners as time progresses.

Which I think is a bloody good point. But he ruins things by suggesting “feminism” is what caused women to lose their feminine power in this way.

Modern feminism is evil because it ultimately makes women (and men) unhappy. American women over the last 35 years have steadily become less and less happy, as they have made more and more money relative to men.  Women used to be a lot happier than men despite the fact that they made much less money than men.  The sex gap in happiness (in women’s favor) has declined in the past 35 years as the sex gap in pay (in men’s favor) narrowed.  Now women make as much as, sometimes even more than, men do.  As a result, today women are just as unhappy, or even more unhappy than, men are.

I guess he’s suggesting we just go back to controlling men. As WRONG as all this sounds there is an element of truth in it all.

* Women need to remember their feminine power. It’s a still, sturdy power that anchors. It doesn’t control, but it attracts and guides.

* Women would do well to hold this feminine power as time passes. That is – get stronger as we get older. Get more feminine – still, sturdy and anchored. I think many women do – they get graceful as they age. And they get happier.

What do you think? I write this off the back of Insight’s special on people at 40...which found that 1 in 4 women at 40 won’t have children and the average age of divorce for men is 40. Also, the highest number of singleton’s in the country? In the 40-year-old demo. Interesting things happen as we age…I guess it’s up to us how we do it.