the elegance of paring back

This week I pare back 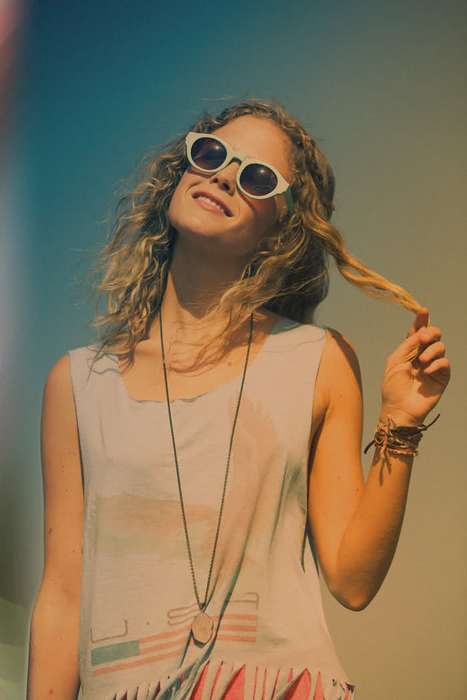 Last Saturday I ate almost half a jar of anchovies in one sitting. It was a purposeful binge; I was emptying the jar so that I could use it as a vase for the dinner party I was hosting. I had four guests that night because I only have five plates. And we ate cheese after from off a piece of firewood I found out back.

Such are the details of my life since I started living out of a tin shed and a suitcase.

You see, eleven weeks ago I set off to live in a small corrugated iron cottage in the bush – partly to try something new, partly by way of writing sabbatical. I reduced everything I needed – clothes, swim goggles, favourite teapot, stick blender, Le Crueset pot – to one case (plus my computer, bike and ergonomic swivel chair). I could’ve packed more – I had a whole car to fill. But once I started asking myself whether I really needed a fourth pair of undies or oregano flakes or house slippers my list of life essentials shrank. And shrank.

No one needs five pairs of undies. When you think about it.

Almost three months on, I have two observations to share.

First, I’ve not missed a thing. Sure, I’ve had to make a few compromises, like eating a small school of hairy fish, and my soup with a dessertspoon. But they’ve been small.

Second, the experiment has made me inordinately and surprisingly happy.

My experience is far from original. In fact, it seems I’m part of a phenomenon (The Boston Consulting Group calls it the “back-to-basics movement”) that has flourished in the wake of the economic crisis and has seen a stream of earnest minimalists strip their belongings back to the lowest number of items possible. Dave Bruno launched the 100 Thing Challenge in 2008 inspiring thousands to downsize. Kelly Sutton at Cult of Less reduced his life to two suitcases and two boxes by selling his possessions online. Ev Bogue, author of ebook The Art of Being Minimalist, lives with 57 possessions, neatly documented on his blog (I couldn’t help but notice he keeps five pairs of knickers).

First, no one can quite match the Dalai Lama who told me when we met he has 13 possessions.

Second, paring back seems to be a very male pursuit. When women seek meaning they head off to an ashram in India. When blokes seek meaning, they strip.

So why does this paring back make us happy? Since the GFC, countless studies have emerged to show that we are indeed happier with fewer possessions. Most research shows it’s due to “hedonic adaptation” – we’re programmed to stabilise happiness levels. So the happy jolt from buying or having stuff is always short-lived. Which is why a Journal of Consumer Psychology study found experiences (buying a canoe trip) make us far happier than things – they take longer to consume, thus prolonging happiness. Further, a Psychological Science study found that more possessions – “an embarrassment of riches” – reduces our ability to enjoy simple things, like sunsets and chocolate. The awareness of having stuff distracts us from basic pleasure.

Most of the minimalist “bloggage”, however, seems to be about escaping attachment, in the Zen sense. But I think many of these strippers are just as attached to the idea of light living as others are to their Lexus’. Me too, if I’m to be honest.

For me the compromising I mention above provides a better answer. It’s like when you go camping and the stew you make from a can, stirred with a stick and eaten from the pot tastes better than any restaurant meal, and the sleep you have with a pillow made from the jumper you’ve worn all day is your best in years. Compromising – making do – is fun and creative. But importantly it obliterates any pretence of perfection. You can forget about getting things right, enjoy your ingenuity, and get on with the pleasure.

Which is kind of what Henry David Thoreau was on about when in 1845 he too went off to live a Spartan existence in a shed in the bush. He wrote in his subsequent book Walden, he did so

“because I wished to live deliberately… to put to rout all that was not life.”

How many pairs of undies do you REALLY need? Do you love camping food?  Or put another way, do you crave paring back??