ready to confront your own racism?

In Sunday Life this week I confront my racism 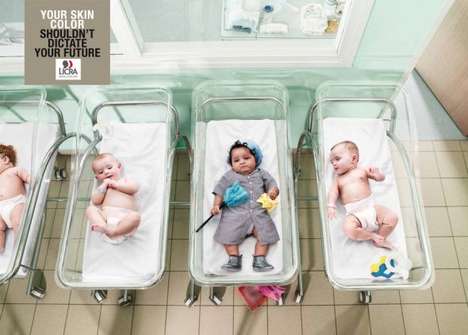 If you’re not born of a racial minority, are comfortably middle-class and you catch taxis then you might identify with this scenario. On Monday I climbed into a Melbourne taxi. “Airport please.” The Sudanese driver was playing Middle Eastern music and spoke basic English. He grunted in reply.

Now, you might class me a small-L liberal (latte-sipping, bike-lane hogging, broadsheet-toting) multiculturalist. Which means I probably wouldn’t admit to having a particular “take” on this gentleman. Or his culture. Of course not.

Which is why at the lights when he unwinds his window and yells excitedly in Arabic with his African mate in the next taxi I’m only mildly put out. I ask him what they were discussing. “Football!” he says with a massive grin. “I’m Western Bulldogs, my little sons Western Bulldogs fans. He’s Hawthorn.” He punches the air and cackles happily.

Immediately my heart swelled. And I was flooded with all kinds of sappy jingoism – isn’t Australia incredible! He can barely speak English, but he’s adopted one of our passions. How wonderful! A reaction that served to blatantly expose the – ughhh! – prejudiced, threatened “take” I’d had when I first jumped in his taxi.

Now, the interesting thing is only 45 minutes earlier I’d been speaking to Raye an Adelaide woman who lives opposite Inverbrackie detention centre. She’s just taken part in SBS’s timely documentary Go Back To Where You Came From (which screens THIS Tuesday – Thursday) that follows six Australians who challenge their particular “takes” on asylum seekers by personally tracing refugees’ journeys. Before setting out, Raye said the boatpeople who crashed at Christmas Island in December deserved their fate and that Middle Eastern people don’t deserve our help. “They’re ungrateful. And arrogant.”

But then she set off to East Timor in a dodgy boat (that started to sink; they had to be rescued), spent time in a Malaysian refugee camp (where she witnessed Burmese asylum seekers being beaten with baseball bats) and lived in Kakuma camp in Kenya as a refugee with only refugee papers, a bowl and a mosquito net to her name. Raye says she could never imagine feeling such fear and hopelessness. Turns out it was the same camp where my taxi driver had spent seven years awaiting his freedom. I cried when he tells me this.

Raye says she’d always had a “thing” against the Sudanese. “I thought they were violent and shouldn’t come here. But I saw fighting is part of their culture, it’s all they know…to stay alive.” Having spent time “in their shoes” she says she felt what it was like to have no rights, no voice. “There was nothing I could do, every bit of our lives was at the mercy of authorities.” So she “got” their anger. Their shame. Their fear.

I spent the rest of the week considering the awkward shifts Raye and I had experienced. Studies say we’re all born racist. We’re programmed to fear “the other”. Which is ugly. But the good news is that neuroscience shows our brains fight this inherent prejudice when it arises (the amygdala, responsible for self-control, fires up following a prejudiced thought) and that we can actually rewire our brains to be inclusive and compassionate in the face of “the other”. Indeed it’s what our brains desire! The “intergroup-contact hypotheses”, a theory guiding much racism research, says contact with the other and a shared goal can rewire things. This happened with Raye. She lived with Sudanese families, uniting with them to stay alive. Ergo, a shift.

Which is interesting right? On the one hand we default to separatism and fear. On the other we crave opportunities to be inclusive, to reframe. Which could be why my brain melted in gratitude when I had an opportunity to reframe the Sudanese footy fan as one of “us”. Thank goodness, my brain was saying, we can be freed of such smallness and ughness.

And which, to my mind, is why

it’s imperative Governments work to provide such opportunities for our collective brains to rise above our ugly default position.

To reframe refugees as “us”.

I called Raye back to ask her about the Middle Eastern people. “Is it possible the arrogance you don’t like is also cultural?” I asked if it might be possible to reframe her feelings as she did with the Sudanese. “I hope so,” she said. “I want to.”

PS. no info sharing, no spam, promise.
You might also like…
loud chewers, dripping taps: coping with what drives us bananas June 12, 2011 sunday life