the scientific reason why smiling works

This week in Sunday Life I smile 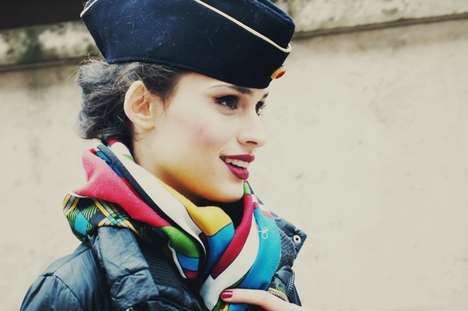 Recently reader Richard wrote to say he didn’t like that in the photos of me as a kid (I believe he’d been Facebook-stalking my family albums) I’m always scowling. Well, thank you Dick for noticing such a detail. And, heck, you’re right! I’ve always hated having my picture taken. I’m sure, Dick, you know what I mean when I say, it just feels so dumb smiling at a camera.

But then, lo, smiling at cameras became an occupational hazard (see below). Which was how I learned something quite interesting about smiling.

When I’m asked to smile for a shot it starts out flimsy, reticent. But then – and this is the interesting bit – the photographer and the stylist and the work experience kid who are watching, smile. Not because something’s amusing them, but because…it’s just what happens. They have these big demented smiles on their face, for no reason, which makes me smile. And snap! we have a picture. I quite love the process now. Ergo, the smile.

Remember how folk went around in the mid ‘80s wearing yellow smiley badges on their Molly Jones dungarees saying, “Smile and the world smiles with you”. Well, I’m realizing they weren’t just annoying, they were onto something. Swedish researchers this year found seeing others smile causes a repression of the control muscles in our own faces, thus involuntarily unleashing a smile. They suggest smiling is evolutionarily contagious – the mimicry helps us read each other’s emotions better.

More interesting research however has found smiling isn’t just a response to happiness (or another’s happiness), it’s a technique for achieving happiness. One analysed students’ yearbook photos and found 30 years on those who’d smiled in their pics had better marriages and were far happier. Another studied baseball card photos from 1952. The smiling players turned out to live seven years longer. In the UK a bunch of boffins bothered to tally the mood-boosting value of one smile. It’s equal to the feel-good brain stimulation of 2000 chocolate bars. Which is just silly.

The upshot: smiling does good stuff. And at a neuro-chemical level. A recent German study found Botox injected into smile muscles interrupted the brain’s happiness circuitry. Which is a lovely irony: aging gracefully really is the more joyful route.

I can’t quite believe (Dick, you too?) frown-y old me would set out on such a mission, but this week I put a smile on my dial to see if it boosted the joy juices. First, I smiled at other people. The cranky old guy at the Post Office who upsets me with his grouchiness when I pick up my mail actually changed his tune on Wednesday when I beamed my way through our transaction. Apparently smiling can be disarming and break down resistance. To this end, the FBI trained staff at a Seattle bank to smile at robbers. The approach is said to have halved the number of robberies across the city.

OK, enough of the studies. Yes, smiling, got others smiling back at me and this made for sunnier times.

But can smiling make a difference intrinsically? To this end I smiled on my own for a few days. It’s a simple experiment. You smile. And feel. And , lo, things do in fact get lighter and more expansive, like a balloon rising. Try it! Smile like no one’s watching (hey, whack that in a badge-making machine, people!).

Taoists teach a similar inner smile meditation. I first came across it reading Eat Pray Love. Remember that scene where Ketut the medicine man suggests Elizabeth Gilbert forget her fancy meditation techniques and simply smile from the inside. “Smile with your liver,” he said. I’ve been playing with this, too. I sit still, eyes closed. I smile with my eyes (remember they’re still shut), then my stomach, then my toenails and my liver, and so on. The sensation is…disarming. Something powerfully releasing really does kick in and I can see why Taoist monks look like they’re always in on some joke.

To smile is possibly the most efficient happiness hit I’ve tried. It gets you happy, and gets others in on the same act, creating a perfect feedback loop. Worried forcing it might look false, a little Cheshire? Don’t. Yet more studies show we’re really bad at spotting fakes.

Fake it ‘till someone smiles back at you dementedly, I say.

It’s been two weeks since I wrote this column and I’ve been sticking with this smiling caper. And it works. The other morning at sunrise I was walking into the sun. People were walking towards me – but I couldn’t make out their faces – and I instinctively smiled. Walking back the other way, I noticed the strangers walking towards me – and into the sun this time – also smiled. It made me think smiling is our default position…we correct (turn it down) as we study a face and become wary…