creativity tip: fake it and you always make it

It upsets me sometimes that so many people stand back from what they really want to do because they don’t think they’re good enough, or don’t have the skills, or won’t ever be a great painter/swimmer/public speaker/writer/jewellery maker/jumper knitterer. So why bother. 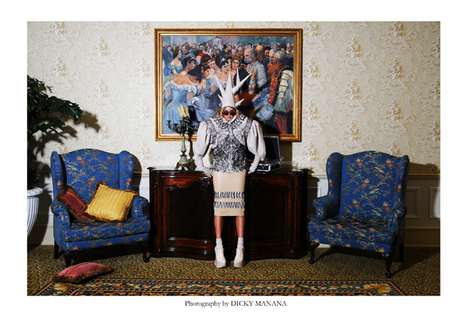 But the more creative people I meet, the more I know this: rarely do you start out good at anything. You become it.

And not through anything particularly sloggish. But by just doing it.

Now. No run-up or special conditions.

And by getting messy. And being bad at it.

And while you’re getting good you fake it. You pretend you know what you’re doing, until you do.

Because it’s in the faking it – the role-playing – that you become it.

Take Michelangelo. His rivals persuaded Junius II to hire him to paint the ceiling of the Sistine Chapel. They knew Michelangelo didn’t use color and had never painted in fresco. They were sure he would turn down the commission because he’d be too scared to fail, or he’d accept and stuff it up. The former they’d use as proof of his lack of talent. The latter…well, the amateur results would show him up as a failure.

Michelangelo accepted the gig. And this is what happened.

He showed up. He decided he was a painter who could paint in fresco and colour.

He did the work. He went through the motions.

Thus, he became a fresco painter who captured colour better than anyone in, arguably, history.

You become what you do. So you just do. You fake it in the early stages. You copy and emulate and feel like a fraud for a while.

By pretending, role-playing, you absorb and build up muscle.

I wasn’t a great writer. In fact, at high school I got straight As in science and maths and Bs in English. But I wrote and wrote, because I liked to, and took on writing gigs and slowly I became a writer. You can read the full drill here. I took on gigs I wasn’t ready for and told people, “yep, I can do it”. I got my first journalism job by telling the editor of Sunday Magazine I could redesign their food pages. I went home and spent the weekend learning Quark and studying restaurant reviews in my favourite mags – how did they open their reviews? how did they balance out critique? – and fronted up on Monday with… something. I was a fake, and I knew this. But this in itself spurred me on to keep doing it – to study and read and re-do my copy over and over. I developed my own style by being crap in the beginning and feeling awkward about this. If I’d been born a good writer, I wouldn’t have refined and strived.

So. What I’m saying is. Just start doing what you like doing. And become it.