question: "how do you deal with infertility?"

Every now and then I answer a question from a reader that I figure best to answer en masse…here’s one that struck me recently:

I recently dug up this question from reader Dharma. It was in response to my interview with Brene Brown on vulnerability. It’s a doozie. 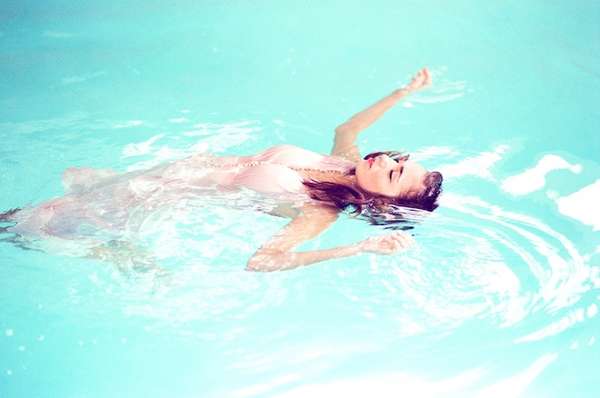 Ok, I have a question for you. And I am only asking this because I have been basking in some pretty painful vulnerability for the past six months. The area of vulnerability for me is my fertility, it’s drifitng away from me. I try to be optimisitc, sometimes I fail. I went through searching for answers through friends, family and experts only to learn no-one else has the answers either. I have learnt to let go, my life is far less in control than it was a year ago. I am learning to be ok with this, to understand not everything works out the way to plan.

But, I still struggle with, how, when you are in this state of being do you make tough decisions? How does being deliberate come into play when the risks are high and you don’t know what way to turn?

I’m a spiritual person, I meditate, I practice yoga, I do any number of things. I TRY to trust life. But when those flashes of vuneralbility do come in, it can be hard to trust.

OK. This strikes chords right now. For all of you who’ve followed my thyroid/hashimotos/autoimmune journey, you’d know I’ve had ups and downs. Two weeks ago I had a bit of a down. I found out I’ve got some serious complications with my hormones. Again. Sadly, things have gone wonky and so my body has reacted. Mostly to tell me to slow down. Again. I’d been travelling well, but my anxiety crept back in and BAM! my body reminded me I’d pushed things too far once more. I’m working on getting things back working again with Chinese herbs. I believe I will. I know I will. This is not the first time.

So Dharma, I answer you intimately. Because I appreciate “fertility drift”. I think the hardest thing about the issue is the uncertainty. During my 20s and early 30s, having kids was something I just knew I’d do. So it all felt safe and certain, albeit “down the track”. Now, it’s a big fat unknown. Or seems to be more so because the volume on the uncertainty is turned up by this idea of “running out of time”. And this is the bit where vulnerability comes in. Because as Brene said in my interview with her, wholehearted, life-enhancing vulnerability “means actively letting go of certainty”. And I know you’ve said you’ve been working on this. But you’re finding it tough. Fair enough!

The second hardest bit for women – and men – in this predicament, I think, is having to reposition yourself. In the face of the uncertainty, you have to make new plans, plans you never thought you’d have to make. That is, plans for a life without kids. This is not to say you won’t have them, but it means lightening up on the expectation. Taking your hands off the steering wheel that’s locked into the road to Mum-dom and seeing where other roads might lead. Yes, being open to something even BETTER THAN or JUST AS GOOD AS  having kids coming along.

Because, really, we should anyway.

Everything about growing up as a chick steers us toward motherhood. We’re raised to think this is what we all must do. So it’s super hard to be open to a life without kids – there are so many messages that drag us from this calm, cool, reasonable space.

Acknowledge this. It’s hard. So. We have to go there ourselves, bravely and with vulnerability, because there are so few guidebooks for this terrain.

Being vulnerable in a situation like this is about going out bravely and standing in life and saying “I don’t know what’s going to happen”, “I might not tick off all the life boxes”, “My life could go in one of countless directions”. And owning it. Owning your bravery and your redefining of life.

Because, really, we should anyway.

And, yes, having tears and fears at times. But knowing the tears are saying “woah, this is big, this is a wild, bold brave transition!”. They’re not about loss or lack.

I think the salve is to be vigilant. And, yes, deliberate. To own the situation like you mean it. It means practicing being cool with a life without kids. Or with kids. Either way, you’ll contribute, give, have a big, bold, rich life. It means talking with people who’ve made the choice. Reading about women who contributed to life in different ways. Not talking about your future as a “lack” or as a “missing out”. Not getting caught up in other people’s panic about your predicament. And to steer things to the open road yourself. Lead everyone else there.

And frankly I prefer the open road. Whatever happens.

When I’m truly vulnerable with this or any issue, when I say, “I just don’t know what’s going to happen” and I’m deliberate about being cool with it, I find a strength that is quite defining and satisfying. It’s not so much about “trying to trust life”. That’s a chore. I take a slightly different tact.

I practice the art of being a person who’s open and cool. I’ve had to do this so, so, so many times in my life.

This is a far more fun, expansive approach. Does that make sense? It means my vulnerability is about being raw and exposed, but ultimately something I steer and own. As opposed to being about feeling powerless,  with my happiness and future something left to the hand’s of fate.

As Mark Twain wrote: “I was gratified to answer promptly. I don’t know.”

I’d be interested to know your thoughts on this? Do you feel hemmed in by the mum-dom push? Do you get too attached to the uncertainty of your predicament, whatever it might be?

PS. no info sharing, no spam, promise.
You might also like…
when you're the "somebody that they used to know" September 21, 2011 deep thinks