my chat with Deepak Chopra...real deal or frantically caught up?

This week my body travels, I stay home 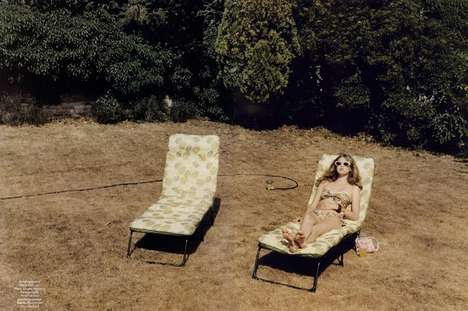 Sometimes, in the course of writing this column, I come across a breed of self-helper I can only describe as disenchantingly full of it. Edward de Bono is one such (sorry to be so frank, Lateral Thinking fans). Then there are those who, well, I just can’t seem to put a finger on them – are they the real deal or do they simply have a book/webcast /workshop to flog?

Deepak Chopra, possibly the most well known mind-body and spirituality guru in the world, is one such.

I met Chopra during his recent Australian visit. He was running ludicrously on time. In fact two minutes early. And so, as I stood waiting to be greeted, he filled the 120 seconds tap-tapping wildly on his phone. When done, he immediately pointed out we’d spoken before. We had 18 months ago. How the hell did he remember? And what a bugger he did. Because back then I also struggled to get a grip of the guy, and so never wrote up the interview. I got the feeling he knew this, too.

I’d followed Chopra on Twitter, but had to unfollow him after a week – his updates were relentless and mind-boggling frenetic, passionate sprays at critics interspersed with conscious-raising inspira-bombs. Which, to my mind, jarred with his calm, centred, non-attached Perfect Health messages that I’ve always found so compelling in his books.

And I guess this is at the knobby kernel of my un-ease: how can the dude preach one thing and seem to live by another? Time magazine refers to Chopra as “a magnet for criticism” and he’s been embroiled in a swag of litigation cases with journalists, and countless barnies with scientists, most notably Richard Dawkins. In addition to the 60-plus books he’s published, the dozens of weekly videos, podcasts and articles he produces, he’s also run a (now folded) comic book line with Sir Richard Branson, and appeared in Mike Myer’s dire The Love Guru, a spoof of Chopra himself.

He toggles and travels and tweets and tends to be more attached to the outside world than any other identity I’ve come across.

His most recent project is an interactive video game called Leela, launching November. It uses Kinect’s depth sensor technology to measure breathing to connect your mind and body and to guide gamers through their seven chakras. I experience Leela when we meet and I’m mesmerized. It’s a game, sure. But there’s no winning; you must chill, not kill to progress. It’s play as it should be – playing with your intuition and energy to go deeper into yourself. As you guide yourself down chakra tunnels you simply can’t use your mind – you have to use mindfulness instead – and I feel myself drop into my heartspace just watching on. “Why video games,” I ask. He tells me his mission is to accelerate our biological evolution. And he says this is done by a collective “muscle building” of our minds. Quite a claim! But something about the calm and certain way he says it has me trust his intent.

Then I have to ask it. I blurt it: “How do you do it all?” As in all the frenetic activity. He issues this wisdom, with a wry smile: “My body travels. I never leave home.”

This week I reflected on Chopra’s words. I’m sure you take them as I did: he fleets and frazzles, but keeps his consciousness firmly grounded. He can take part in a Mike Myer’s movie and respond personally to hundreds of followers a week on Twitter without feeling sucked in by the vampirish energy of it.

I like the idea. Becoming more conscious and grounded doesn’t have to mean removing yourself from the general frazzle-ness of life. You can do both. It’s not a revolutionary concept, but Chopra’s particular slant hits home for me. On Friday I head off on a business trip, which I’m resenting because I know it will tire me. But seeing it as a suffering that only my material body will endure makes it more approachable. Ditto the tedious task of responding to a bunch of emails that sit before me. My material self goes there, I don’t.

To my mind, though, living a non-attached life is about reducing stressors, not fueling them. I suggest this to Chopra as I leave. But he’s already back to his phone.

Do you agree about reducing stressors? Yasmin Boland had some thoughts on this…she felt that it’s about accepting the stressors. I think we need to do both. Actively and consciously and responsibly. There are simply too many to sit back and do a whole lotta accepting.

PS. no info sharing, no spam, promise.
You might also like…
I got rid of comments so I could hear the conversation October 16, 2011 sunday life