I'm an insomniac, get me out of here

You haven’t really lived until you’ve experienced insomnia. As in, really felt the darkest, loneliest, nothingness core of existence that really only strikes around 4am when sleep eludes and sunrise is an hour away.

As in, descended to such a pit of wall-punching, stomach-clawing despair, and then risen again as the currawongs emit their forlorn caw, thoroughly aware of every fibre of yourself, the person next to you, the neighbours, and, in fact, all of humanity. Honestly, I feel closer to insomniacs than good sleepers because of the shared experience of this particular despair. 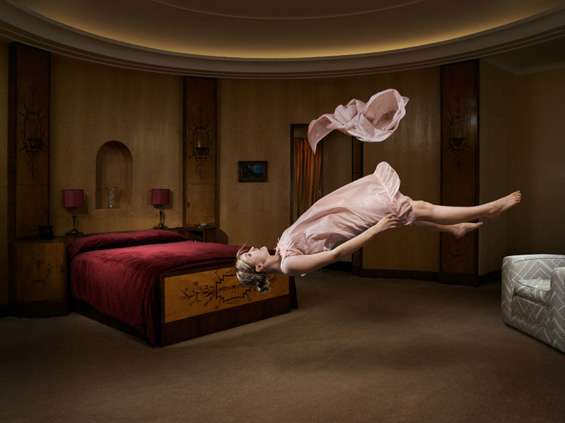 I’ve been an insomniac since I was 21. Actually, I was eight when I first became scared of the night – not of the dark, but of the task of switching gears to sleep. When I was 21 insomnia sent me mad. I was living in Santa Cruz, California, and….oh, there were things going on…and I wound up spending five months grabbing no more than 3-4 hours a night. They were the good nights.

Most nights it was a 15 minute snatch of delirium around 5am. Fifteen minutes in which I was able to give in to the night. Or, rather, the dawn. It was anyone’s – God’s? – guess as to whether I even got that snatch. I was at the mercy of…God? Fate?

This kind of vulnerability is particular to insomnia. You’re imprisoned, defenceless. You can’t control your destiny. You’re denied the freedom to “turn on sleep”. And why? A reason doesn’t seem to exist. And so it all seems so unfair.

At 4am you oscillate between anger (“This is unfair”) and grief (“I must have done something terribly wrong to deserve this”) and loneliness (“What am I missing? What handbook to life didn’t I get???”).

The extent of the madness back when I was 21 is for another story. Suffice to say at the end of the five months I no longer functioned and George, a loved one, came to collect me and take me home. I got my first auto-immune disease off the back of this, actually.

I’ve not been sleeping lately. My apartment has two elephants running up and down the hall all night. It rattles the windows and my nerves. Last week I had two nights in a row where I don’t think I even snatched 15 minutes of delirium. After two days of no sleep I had to appear on Sunrise (morning television), then go to three meetings, followed by a function that night. These days, of course, insomnia doesn’t just leave me tired, it also “eats” away at my health. The biggest trigger of autoimmune-related inflammation in my body is lack of sleep. If I don’t get enough, my body doesn’t heal the damage my autoimmune disease causes to my cells during the day, and then leads to more damage. Every night that I don’t sleep, my health goes backwards. It’s truly a tragic thing to be aware of at 4am.

And then a double bind kicks in: when my autoimmune disease flares up, it disrupts the hormones that enable sleep. And so around and around I go, wondering what egg came first.

I mean, where does any of it start? Why do some people just not sleep? How does it start? What causes it? For those of us who find sleep elusive, the far more interesting question is: HOW THE HELL DO GOOD SLEEPERS JUST…FALL ASLEEP? What is it? What kicks in? Is a clean conscience really a prerequisite? I’m willing to accept this. Really, I am. I accept that there is a reason why I’ve not been handed sleep on some kind of invisible drip, even if I don’t know what it is.

I cope really bloody well given the above… I reckon. More days than not I’m sleeping badly, and so 4-5 days out of seven, my every cell is in pain from the issues my insomnia causes. On bad-sleep days, it is very hard to move and to work and to conduct conversations and to keep sane. I have chosen, however, to not let it stop me. Slow me down, yes. And so I get up and exercise every morning. I rarely cancel plans. I show up.

Confession time: In order to get the meagre amount of sleep that I do, I revert to a very bizarre bag of tricks, including drugs.

I wear earplugs every night, and an eyemask. Have done for years. A boyfriend once told me it was like sleeping with Helen Keller (I also wore a mouth guard at the time).

I must shower before getting into bed – to raise my body temperature.

I take melatonin (the sleep hormone and precursor to seratonin) which I have to get sent from the US in a clandestine way – it invariably gets held up at customs – as it’s illegal to sell here over the counter (and expensive on prescription).

On top of this, I take various combinations of the following at various time of the night/pre-dawn: Sleep Aid, GABA, valium, and aspirin (on the days where my inflammation is roaring; aspirin calms it down).

Do I feel wrong for reverting to drugs? Hell, yes. Wrong is an understatement. I feel thoroughly poisoned. And imprisoned.

But sometimes we have to do what we have to do. And this is where I have arrived at in life, on a meta level.

As John Lennon sang, “Whatever gets you through the night, s’alright”.

Is it age? Fatigue? Defeat? Surrender? That brings you to this kind of realisation. I’m in a bind, with no easy way out. So I choose to cope. I choose not to stay bound in the cycle. I choose to surrender. And every morning, when I get up feeling inflammed and angry, I choose to not let it ruin my day. I engage in a hell of a lot of self-talk in the mornings.

Why am I sharing all this? Well, I could say it’s because I want to reach out to other insomniacs and to start a conversation that helps us all feel less alone. Or because I want to remind everyone – even good sleepers – that you do have to whatever gets your through sometimes. We all do. No one has it all sorted in advance. This is indeed part of it. But not all of it.

I also, selfishly, want understanding and a bit of leeway. Are bloggers allowed to admit this?