So, this week I’ve packed up and racked off to Bali for “annual leave”. I’m here with four boys – Jim, Sam, Jason and Karl (a little more handsome than the lot below). Boys are funny on holidays. They arrive at consensus in crazy cruisy ways. All cool, so long as they get a surf in.

Anyway. So I’m posting in advance a short best-of series. I’ve been on this experiment…trying different tricks and meeting various gurus for just over a year. Which have worked? I’ve narrowed my take down to a mini-list of three.

It’s also the first day of Spring. Sniff some wattle for me! 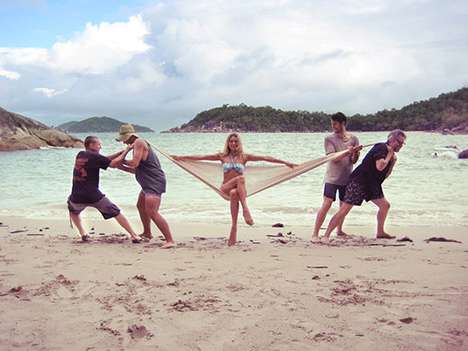 1. Marketing guru Seth Godin. We chatted about giving art as a gift. The guy is very much the real deal. There are a lot of efficiency experts out there who preach only answering emails once a day and who – magically – reply to your correspondence within 5 seconds…. It kind of shits me. Or makes me have a little heart sink.

So how do we start giving gifts? How do we become remarkable? “The aim is to elevate connecting and sharing to the same level as breathing or eating lunch every day,” he says.  By which he means, we start giving and then give some more and eventually it becomes a way of life. Seth walks his talk. He makes money from public speaking and his books. Then he spends the rest of his time giving freely. He intentionally doesn’t monetise his blog or any online webinars he gives and he expends a lot of energy connecting and helping people. I can vouch for this personally. Read more here.

2. The Dalai Lama. Yep, met the guy and chatted about how to stop head chatter. He’s a man true to brief. But who has the common touch. He knows how to tell the Western world what they need to hear.

And so it came to pass that I sit down with arguably the world’s most influential spiritual leader, he kisses my hand and tosses his thongs, and I ask, “How do I get my mind to shut up?” To which His Holiness giggles and blows his nose on three paper serviettes, which he then shoves down the front of his robe, just like my Year 4 teacher, Mrs Makepeace (deadly serious!), used to do. “There’s no use,” he says finally. “Silly! Impossible to acheive! If you can do it, great. If not, waste of time.”

3. Oprah’s life coach Martha Beck. We chatted about wordlessness. She gets it. As in, how to live your message. Be your message. When we met, she said, “I could tell from your email you were on my team”. By which she meant, we’d seen similar things in life. Or, rather, seen things in a similar way.

Achieving wordlessness is another matter. Martha suggests I try this technique: go through each of the five senses and recall your favourite moment for each. For me: the smell of cheese on toast, the visual of a particular camping spot in Kakadu at dusk, the sound of kookaburras, the taste of dark chocolate, the feeling of being stroked on the inside of my arm. Then conjure them up, at all at once, flood yourself in a bubble ‘n’squeak of outrageously pleasant stimuli. Want more?

PS. no info sharing, no spam, promise.
You might also like…
finding your daily launch pad August 23, 2010 my wellness tricks, simplicity