This week I quit sugar (part 1)

* Dear reader, most of you have read my “I quit sugar” posts over the past few weeks and are probably wondering ‘why’s she going over this again’? Well, this should give you an insight into the turn-around times in publishing. I wrote this Sunday Life column at the same time as my first post. It just takes this long for it to be subbed, fact-checked, laid out, printed and distributed. It’s a nice little refresher for those of you who’ve been following things on this blog…If you’re new to this blog, you can catch up on other “I quit sugar” posts my interview with David Gillespie is here, the reasons why sugar makes us fat here, how I quit sugar here and some breakfast ideas here. 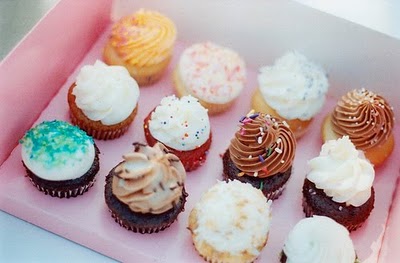 It’s not that I’m a sugar junkie. I’m just wedded to the stuff in a tortured, forever-self-moderating way. As a kid, growing up in a drought-ravaged backwater as part of a social experiment in subsistence living (which largely consisted of skirting the breadline and tending goats), we didn’t eat much sugar. Sometimes, though, Dad, in a scene reminiscent of Charlie Bucket with his gold-foiled slither of chocolate, would bring home a Chokito bar and split it between us. Invariably we’d wind up spinning the ceiling.  And so it was I got a highly attached taste for the stuff and its maximum (!) fun times (!) effects.

As I say, I don’t eat a lot of sugar. But it’s a struggle not to. I do seductive things like convince myself that a slug of honey on yoghurt every night is wholesomely Nigella Lawson-ish – annoyingly cloying, but not harmful per se. But the trouble is, if I get even a wafer-thin taste of sugar, something wild and wooly comes over me and I have to eat the whole damn upside-down almond meal and pineapple loaf. Sugar does that; it makes us demented and we turn into Mirandas, as one friend said. Remember that Sex and The City scene when she dumps a cake in the bin, then douses it in water so she won’t keep eating it?

I’ve avoided quitting sugar for ages. Mostly because I’ve known it means never touching it again. One French study found it’s more addictive than cocaine. And must be treated as such. But lately it’s made me crankier, puffier, foggier, sicker and more attached than normal. I’ve reached saturation point; it’s time to become a nice person again.

But why quit, you might ask? Sugar’s natural. Well, yes. But so is petroleum. And surely you don’t mean fruit and honey? Yes, yes, I do.

Here’s the deal. On Friday I met with David Gillespie, author of the authoritative  Sweet Poison, Why Sugar is Making Us Fat. Seven years ago Gillespie was obese and obsessed. He did his own fanatical research (he’s a lawyer!) and concluded sugar is what makes us fat (and puffy and cranky). Without changing any other aspect of his lifestyle he quit sugar permanently and lost 40kg. And never gained the weight back.

But let’s be clear – it’s fructose that’s the enemy. Table sugar is half fructose, so is the sugar in fruit. Honey’s 40 per cent fructose and agave is 90 per cent. Now here’s the untechnical gist of the matter: every single molecule we stick in our gobs has a corresponding appetite hormone that, when we’ve eaten enough of said molecule, tells our brains “OK kiddo, we’re full now”.  Our bodies are good that way; we’re designed to eat only as much as we need.

Every molecule, that is, except fructose. Odd you might say…

This is because back when we were cave people, sugar was both highly valuable (as insta-energy for chasing wildebeast) and extremely rare (a berry here and there). Thus we evolved with no fructose “full switch”, so that when we did stumble on a berry bush we could gorge ourselves stupid (and store it as insta-fat). Our digestion and metabolisms haven’t changed in 130,000 years. Our sugar intake, however, has. In just 150 years it’s gone from 0kg to about 60kg a year.

But here’s part two of the dastardly deal. The way fructose is converted in our bodies means it’s not used upfront as energy, but converted directly to fat. It also becomes, as Gillespie says, “porridge in our arteries”, leading to cholesterol and cancer. And the rest. “Eating fructose is like eating fat that your body can’t detect as fat,” he says.

I’ve been off sugar since last Monday. The hardest bit has been going through the tedium of witnessing how often my psyche lunges for it. I reach for it to calm myself, to reward myself, to fill awkward pauses between activities. In it’s absence I’ve been like a dog chomping at an imaginary mosquito.

Seneca, the Stoic philosopher used to overcome a fear of losing something (food, shelter) by periodically going without it for a chunk of time, “with the object of seeing whether it was worth going to much trouble to make the deficit good”. I guess I’m doing the same. I shall report on the results in a few weeks.