Lovely Jo sent this quote to me the other day as a sort of “hey, it’s you” alert. 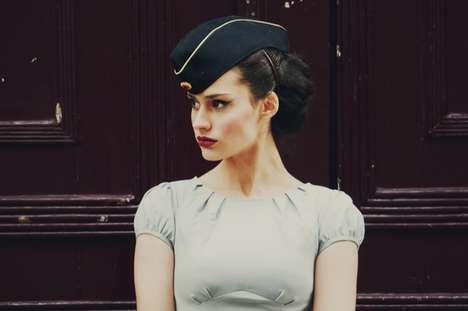 It’s from Tales of a Female Nomad by Rita Golden Gelman, an American woman who, at 48, took off to discover the world. She sold her possessions and became a nomad, living in a Zapotec village in Mexico, sleeping with sea lions on the Galapagos Islands, etc. From the preface:

I am a modern-day nomad. I have no permanent address, no possessions except the ones I carry, and I rarely know where I’ll be six months from now. I move through the world without a plan, guided by instinct, connecting through trust, and constantly watching for serendipitous opportunities.

Up until very recently – like two months ago – it didn’t occur to me what is really rather obvious to most: I wander a lot and don’t like to settle. I’m a nomad. It was nice not being aware. I blindly went about dismantling all the expectations of adulthood, one commitment at a time, convinced I was merely being efficient and practical.

I was mostly unaware because it was a gradual disintegration of commitment. Not a sudden about-face. One by one, I dropped off everything that pinned me down unnecessarily.
Of course, as soon as I become aware of things, I started to fret. Shouldn’t I be getting more serious about life? I’m 38. I don’t own a house, a car, a fridge. I don’t have a pet, a partner, a fixed abode. I have two life anchors: a $20/week storage shed and a PO Box. I’ve lived out of two suitcases of belongings for 14 months.

How long can this last? Can I seriously sustain a living from… wandering and experimenting? Is it allowed? Will I deteriorate into one of those women who wears too much purple and annoys people at bus stops?
I’ve written about this before after speaking with Barbera Sher…she says I’m a scanner – I try lots of things and move on quickly – and that it’s a completely legitimate way to live, when you trust yourself.

This is where I’m at. I’m starting to trust myself as a nomad. I like that I don’t settle. I like that I feel at home in change. I’m not running away, I’m moving towards things. Belongings and home comforts don’t keep me bright and light; fending and navigating and being creative with the limited resources I have does. Being a nomad reminds me daily of what I want from this life. I can’t get comfortable…I have to be alive to my priorities. What a gift!

It can get lonely, of course. Because not everyone moves about like I do. But I’m always guided to the right point, the next stage, the right people.

It can be hard, not making plans. I’m an over-planner.

But it’s become my latest experiment…to trust that the dots will join and that I must simply move to the next dot.

I don’t have to have a complete picture; I just have to look out for the next one. Then the next. This is harrrrrd. But necessary. I don’t want to be an over-planner anymore.

This, of course, entails “constantly watching for serendipitous opportunities”

I like this. A lot. Serendipity can pass you by if you’re not bright and light. When you’re alive to it though, it’s really rather magical. And more than anything else in my life, when I notice it, it makes sense. It guides me, dot to dot.

Right now, serendipitous opportunities are sending me off on another wander. So many things have opened up to allow me to do this. All roads point to a journey. I’m getting emails from people asking me to meet in Greece to explore traditional cooks. My brother invited me to ride with him in France. Job commitments dropped off. My book comes out this week… Today I’m buying a ticket to London to go on my first holiday in almost seven years. I have no plans. I’m just getting to London…and then…. Ooooooh boy, this feels right and good and bright and light!!

Are you a nomad? Would you like to be more nomadic and have less plans? Is it allowed?