pink worms...and can the positive vibe go too far?

We all saw the gendered election worm last night…what was interesting was that, compared with previous election debates the worm tracked far more positively than normal. Plus, the pink worm (women) was, overall, more positive than the blue (men). 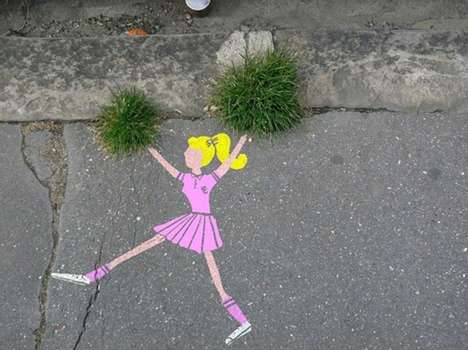 When Julia Gillard or Tony Abbott started sledging the other, both worms took a dive into the dirt. Ditto when they spoke negatively about…anything.

Which begs: do we really  believe a positive approach wins, or are we simply seeking happy-happy-joy-joy-ness, at the expense of balanced critical thought? You’ve probably noticed the whole positive psychology spiel that dominates so much discourse these days. You attract what you put out there, and all that jazz. It would appear we’re all seeking a sunnier approach against a backdrop of a confusing, cluttered life.

Over the past couple of years, snark has died. This is a good thing. Snark is what bloggers, in particular, can resort to when they’re trying to be critical…but lack of experience sees them revert to base sledging. I’ve commented on this a lot. Everyone Out There These Days wants their opinion heard and so Everyone is trying to emulate what experienced critics and columnists do. But, sadly, they don’t always pick up on the fine art of pulling apart a topic or argument and critiquing the premise alone…and not the messenger. Since Socrates established the practice, good critical thought has been about gently steering a proposition to encourage openness of thought. To seek truth.

Good critics never get mean. They don’t need to. They can dangle a countering idea so beautifully that the subject of their critical voice crumbles on its own. No violence required.

And so along comes Twitter. And the whole Tweet Love thing. Twitter, on the whole, has ridden the positive psychology wave. I read recently that those who post positive tweets attract more followers. The Observer wrote about this My Town of Kind phenomenon where:

“wide swaths of the Web have become bastions of support and earnest civility, where community-members “retweet” or “reblog” each other’s bon mots, promiscuously proffer thumbs-up, help sell perfect strangers’ books, drive traffic to each other’s blogs and real-world events and even defend one another.

This bit is interesting:

“People sometimes will get bent about something and put it on Facebook or Twitter and realize that’s just not the tone anymore,” said literary PR consultant Lauren Cerand… “really negative people, they don’t have a lot of friends.” (In other words, you’re more likely to think before you tweet when you can actually watch yourself losing your audience with each nasty missive!)

What do we all think of this? Does it get too sycophantic for you at times? It does for me.

That said,  I think it’s quite easy to tell the difference between those putting out a genuine positive voice and those seeking followers, or kudos. You can all “smell” the desperate follower grabbers, don’t you reckon?

Anyhow, this note from a reader arrived on Thursday and sums up how the Tweet Love can work nicely. It’s from Thursday ‘s post on transcendental meditation and how I came to meditation via a random recommendation, which was the catalyst to my coming to host MasterChef (you’ll have to read the post to see the connection…). Her comment refers to a post I did on the wonders of the Pomodoro Technique. Somehow it all comes together here, uniting a third person:

Hi Sarah,
I was reading this book ’50 ways to find a lover’ by Lucy-Anne Holmes. The book is hilarious, Lucy is based in London. Her second book is out next month.
Anyway I tweeted one day saying how much I love this book.
And Lucy-Anne Holmes, out of nowhere tweeted me back saying thank you.
Anyway I followed her in tweeter. Then one time, she tweeted, asking which music is good for writing, to get inspiration?
And I tweeted her saying the tomato tik-tok sound, and I asked her to refer to my blog. And to check your website.
and she did. And she got to know how amazing you are.
And she must hv read this post
Because she Just tweeted thatbecause of you (and one other person) she’s going to try meditating.
Isn’t it amazing what Twitter does?
X

Sweet. Have you had a similar Tweet Love encounter that is truly quite bizarre and two-degrees-of-separation-ish? That makes you marvel, ‘Isn’t it just glorious how the world can work’?

PS. no info sharing, no spam, promise.
You might also like…
sunday life: the fun of analysing dreams! July 25, 2010 lifestyle, sunday life